Yarrow has often been used in divination and spells. It is a powerfully protective herb and famous for helping to heal wounds and treat influenza. It has a long tradition in European, Native American, and Chinese medicine. Yarrow helps treat toothaches, fever, digestive issues, ulcers, skin issues, wounds, high blood pressure, and much, much more.

Watch a short video, from Ann Christensen, Founder and Creator of White Rabbit Institute of Healing™ – A Taoist Perspective on Yarrow…

Below is an overview of yarrow, combining the best of Western Science, Oriental Medicine, Traditional Chinese Medicine (TCM), Shamanism, Folklore, and a wide range of healing modalities. Gain a balanced and thorough understanding of the healing properties of yarrow.

How to take FULL advantage of Yarrow's healing powers... 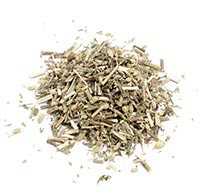 JOIN ME in an exploration of the healing herb, Yarrow (Ya Luo). Dive deep into the benefits and applications of Yarrow, from Eastern and Western perspectives, and so much more!

Yarrow is a member of the family Asteraceae. It is an erect herbaceous perennial plant that produces one to several stems with a rhizomatous growth form. The white flowers grow in clusters and the leaves are aromatic and evenly distributed along a stem with leaves also near the middle and bottom of stems. They vary in hairiness, are almost feathery, and are arranged spirally on stems. They are cauline and are more or less clasping. Yarrow has a strong sweet scent similar to chrysanthemums with a relatively short life. Stems are angular and rough. The plant flowers from June to September. It can grow up to three feet in height.

Yarrow is native to the Northern Hemisphere. It is drought tolerant. Common yarrow is a weedy plant, and can be invasive. It is prone to mildew or root rot if not planted in well-drained soil.

Caution: Considered safe. In rare cases, it can cause allergic skin reactions and increase skin photosensitivity. This is especially true if the skin is wet or having simultaneous contact with yarrow and cut grass.

History/Folklore: Fossilized yarrow pollen has been found in Iraq within Neanderthal burial sites dating back over 60,000 years! The plant’s genus name, “Achillea,” is derived from Achilles, who was reputed to have carried it into battles. According to a Greek myth, Achilles would paint himself everywhere but his heels with a tincture of yarrow to make himself invulnerable to arrows. It was sometimes called “soldier’s woundwort.” It was used in Ancient Greece and Rome in poultices and ointments to treat wounds. Yarrow is known as a “styptic”– an astringent herb that stops bleeding.

Homer tells the story of the centaur Chiron, a healer who conveyed herbal secrets to human students and is credited with teaching Achilles how to use yarrow on the battlefield to both heal wounds and for its magical healing properties. When used by the goddess Aphrodite, the plant becomes a loving herb used in love potions and to heal emotional wounds of the heart.

Yarrow’s most ancient use is to heal skin. It helps stop bleeding, ease pain, soothes irritated skin, and prevent infection. It can aid the healing of broken capillaries and is wonderful for sensitive skin.

Yarrow is also said to grow around the grave of Confucius. It is said the most effective way to cast the I Ching is by using Yarrow straws, as the stems are good for divining the future. An old Chinese proverb asserts that yarrow has the ability to brighten the eyes and promote intelligence. Yarrow and tortoise shells are both considered good luck in Chinese traditions. Where Yarrow grows in the mountains no tigers, wolves, or poisonous plants will be found on the trails.

An ancient Chinese saying said Yarrow, “reconciles opposing forces and brings balance.” It was used to reawaken the spiritual forces of the mind, balancing Yin and Yang, and thereby reuniting the energies of heaven and earth.

The Cherokee, Iroquois and Mohegan Native Americans used yarrow as a digestive aid and to treat a variety of types of swellings. The Peoples of the Pacific Northwest used dry yarrow to keep away flies and mosquitoes. The herb has been boiled and used to purify an area where sick people have been being treated. The Teton Dakota People call Yarrow “medicine for the wounded”. It is also called, “warrior plant” in native communities across the United States and Canada, referring to the plant’s ability to stop internal and external bleeding.

Western Europe associated yarrow with both the goddess and the demon. As a witching herb, it was used to summon the devil or drive him away. Yarrow was often found in Saxon amulets for protection. These functions are believed to be the root of the plant’s common names, “Devil Plaything,” “Bad Man’s Plaything” or “Devils Nettle.”

Yarrow both stops and helps promote bleeding. It has been used to heal wounds, reduce heavy menstrual bleeding, lower blood pressure, improve circulation, tone varicose veins, and treat cerebral and coronary thrombosis. Yarrow helps draw blood from wounded tissue back into the vessels, aiding the healing of deep cuts, bruises, varicose veins, and internal injuries. Yarrow both activates blood platelets and breaks up coagulated blood. It can help to reverse “thick blood” which can be the result of a sluggish liver or weak pancreatic function due to high insulin levels or low digestive enzymes. Blood high in fats and other compounds does not flow well through the vessels, straining the heart, causing stress, and impacting health.

Yarrow has been used during birth by midwives and herbalists to treat hemorrhage. It is often used in a sitz bath to cool and heal tissues. It can help to stimulate menses or stop excessive flow, and can help harmonize hormones during menopausal hormone shifts.

The flowers are mildly stimulating and have even been used as snuff. It is mainly used to treat colds and influenza. As yarrow is believed to be anti-allergenic, it aids the treatment of hay fever and other grass and pollen related allergies.

It is safe for children to use too, so it is useful as a treatment for children and adults with colds, flu, fever, and the irritability and discomfort associated with lung infections and upset stomachs.

The aerial part is said to be best for treating phlegmy conditions. As a bitter digestive, yarrow encourages the flow of bile. The flowers are more aromatic, and the leaves are higher in tannins. Leaves can be harvested any time of year, but are the most potent in the spring and summer. The roots, used for treating toothaches, are harvested in the fall.

The European, A. millefolia, the high elevation A. alpina, and the American A. lanulosa all look the same. The only way to distinguish them is to examine their chromosomes.

Yarrow is also available as a homeopathic remedy used to treat hemorrhage and varicose veins.

Yarrow can also be rubbed on clothes and skin as a mosquito and fly repellent. Native Americans hung yarrow in their longhouses to repel insects and sprayed fresh caught salmon to repel flies from landing on it.

Put yarrow under your pillow and you will dream of your own true love. If you dream of cabbages, which have a similar scent, then there will be death or other serious misfortune striking. If you hang dried yarrow over a wedding bed you ensure lasting love, or at least seven years will be happy!

Yarrow has been planted to prevent soil erosion. Especially as it is a drought resistant plant. Prior to mono-culture farming yarrow was always allowed to grow in fields as its roots grow deep and the leaves are rich in minerals, so it helped prevent mineral deficiencies in other species and plants that grew nearby and ingested it.

As a popular companion plant it also repels bad insects while attracting good predatory ones and improves soil quality. It also attracts ladybugs and hoverflies. It is thought to be a good fertilizer and is good for composting. Yarrow directly improves the health of nearby sickly plants.

Starlings and other cavity nesting birds use yarrow to line their nests. Studies show this helps inhibit growth parasites in the birds.

The shape of yarrow’s leaves gives the plant one of its names, “Little Feather.” The name “Herbal Militaris” comes from the plant’s ability to stop blood flowing from wounds caused in battle.

Yarrow’s flowering tops are the most medicinally active part of the plant.

How to use Yarrow (Ya Luo) and take FULL advantage of it's healing powers!