Peppermint is best known for its digestive and liver-supporting properties. It is a remedy for IBS (irritable bowel syndrome) and Crohn’s. As an aromatherapy, it is excellent for cleansing the air and energizing the spirit.

Below is an overview of peppermint, combining the best of Western Science, Oriental Medicine, Traditional Chinese Medicine (TCM), Shamanism, Folklore, and a wide range of healing modalities. Gain a balanced and thorough understanding of the healing properties of peppermint.

How to take FULL advantage of Peppermint's healing powers... 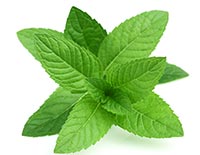 JOIN ME in an exploration of the healing herb, Peppermint. Dive deep into the benefits and applications of Peppermint, from Eastern and Western perspectives, and so much more!

Also Known As: Sometimes referred to as Mint (Bo He).

Peppermint is an herbaceous, rhizomatous, perennial plant growing 30-90 cm tall, with smooth stems in a square cross-section. It has purple flowers that bloom from mid to late summer. The mint family, Lamiaceae, which includes peppermint, mint, and spearmint, is known for its aromatic plants.

Indigenous to Europe and the Middle East, and possibly Northern Africa, peppermint is now widespread throughout the world. It is typically found in moist, shady habitats, including stream sides and drainage ditches. Being a hybrid, it is usually sterile with no seeds and spreads by its rhizomes.

Caution: Considered safe. The essential oil can be used in proper doses internally and externally.

History/Folklore: Mint is the world’s most familiar scent. Archeological evidence shows peppermint/mint was used as far back as 10,000 years ago. The Ancient Egyptians wrote about it in a medical text dating back to 1550 BC, where mints were listed as calming to stomach pains. It was so valuable in Egypt that it was used as a form of currency.

In 79 AD, a Roman author and military commander, Pliny the Elder, said that the Greeks and Romans crowned themselves with peppermint at feasts, decorated tables with it, and used it in sauces and wines. Assyrians used it as an offering to their fire god.

Peppermint is considered one of the finest liver remedies available, with both cholagogue (promotes the discharge of bile, purging it downward) and antimigraine effects. It helps support digestion and healthy liver functioning. It is a remedy for IBS (irritable bowel syndrome) and Crohn’s. Used for aromatherapy, it is excellent for cleansing the air, energizing the spirit, and improving mental clarity and focus.

Peppermint is the oldest and most popular mint-flavored confection. It is often used in tea, ice cream, toothpaste, and soaps.

Peppermint anesthetizes the nerves in the intestinal tract by local action, and as this action does not stimulate the uterus, it is considered very safe to use for morning sickness compared to either angelica or catnip, which have low-level antispasmodic effects that could be dangerous for pregnant women.

Peppermint oil is considered better than Western drugs for treating irritable bowel syndrome (IBS). Like the leaves, it contains menthol, a compound that affects mucus receptors in the nose, helping to open nasal passageways, reduce inflammation, and fight bacteria that can cause congestion and swelling that inhibits breathing.

In Traditional Chinese Medicine, peppermint is recognized for its ability to Release to the Exterior, Expel Wind and Heat, Move Blood, and Calm Shen. Among its many applications, it is used to treat colds and flu with headaches, chills, and fever, digestive issues, and a weak appetite. It is also used to calm and soothe restlessness and the effects of stress and anxiety.

Mint (Mentha, M. haplocalyx, M. arvenis) (Bo He) often refers to a single variety of mint, and sometimes to a blend of various mint plants, being called “mint.” Peppermint (Mentha x piperita) is a hybrid of two Mint genera, spearmint and watermint. It is called piperita, meaning “peppery” to distinguish it from other mints and because of its strong mint and slightly peppery flavor. The flowers of mint plants are large nectar producers for honeybees.

Peppermint extract is made from pure peppermint oil, while mint extract is derived from several culinary mint plants, either alone or in combinations. They are both used as flavorings for foods and beverages. Mint flavor, most often extracted from peppermint, is often added to cigarettes to reduce their hot, throat-irritating smoke because the menthol in mint cools and soothes.

Smith Kendon is the person who created Altoids in 1780 to relieve intestinal discomfort. Life Savers introduced its Pep-O-Mint flavor in 1912. And in 1927, Eduard Haas, of Vienna, invented peppermint Pez candy and its original dispenser.

Legend has it that the Christmas holiday candy canes date back to 1670 when a German choirmaster handed out sugar sticks to his young singers to keep them quiet during the Living Creche ceremony. In honor of the occasion, he bent the candies into shepherds’ crooks.

The idea of the herb’s ability to affect “temperature” predates Renaissance times: Aristotle said it cooled and Galen said it warmed. Actually, peppermint, and other mint plants, give the sensation of feeling cold, whether you drink them hot or cold because your body perceives cold when a protein called TRPM8 is activated in your nerve cells by the compound menthol. This activation causes a message to be sent to your brain that it then interprets as a cold sensation.

Oil of peppermint is considered even better than Western drugs for treating IBS (irritable bowel syndrome).

How to use Peppermint and take FULL advantage of it's healing powers!