Oregano is considered a staple herb in many cuisines, especially Italian and Greek foods. It is also a powerful medicine with strong antibiotic, antiviral, antifungal, antioxidant, and anti-inflammatory properties, to name just a few of its attributes. Sometimes called wild marjoram, oregano (O. vulgare/onites) is not to be confused with its close relative, sweet marjoram (O. majorana).

Watch a short video, from Ann Christensen, Founder and Creator of White Rabbit Institute of Healing™ – Just How Effective is Oregano as a Medicine?

Below is an overview of oregano, combining the best of Western Science, Oriental Medicine, Traditional Chinese Medicine (TCM), Shamanism, Folklore, and a wide range of healing modalities. Gain a balanced and thorough understanding of the healing properties of oregano.

How to take FULL advantage of Oregano's healing powers... 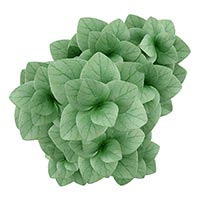 JOIN ME in an exploration of the healing herb, Oregano (Niu Zhi). Explore the benefits and applications of Oregano, from Eastern and Western perspectives, and so much more!

Oregano is a perennial herb with purple flowers that grow in tall erect spikes. Its leaves are spade-shaped and olive green.

Native to northern Europe, oregano is now grown throughout many regions of the world.

Caution: Considered safe; however, some people allergic to plants in the Lamiaceae (mint) family may experience allergic reactions.

History/Folklore: Oregano has been used for thousands of years as a cure-all and culinary herb. It is very good at treating lung infections, colds, flu, herpes, fungal infections, and a wide range of stomach disorders. Unlike pharmaceuticals, the herb does not also destroy pro-bacteria found in the intestines and gut that are crucial for health. A tonic herb, oregano can be enjoyed in teas and foods to help promote immunity and overall health.

One study found that essential oil made from Oregano vulgare was effective in fighting 41 strains of the food pathogen known as Listeria monocytogenes, a species that causes the infection listeriosis, a serious food contaminant able to survive without the presence of oxygen. The infection can cause headaches, stiff neck, confusion, loss of balance, and convulsions. It is found in ready-to-eat deli meats, hot dogs, raw sprouts, meat spreads, and soft cheese made with unpasteurized milk, such as Feta, Brie, and queso fresco.

In a recent study, adding oregano to meats before searing or cooking them was found to reduce the level of the chemical marker for oxidation called malondialdehyde by 71%. This lowered the levels of the same chemical in urine to about 49%, showing that adding powerful antioxidant herbs to meat before cooking can help reduce the oxidation process, which creates free radicals that can then cause cancers.

Another study, conducted by the University of the West of England, Bristol, won an award from the United Nations in 2008 for confirming that the essential oil made from oregano kills MRSA (a potentially deadly hospital superbug) at a dilution of 1 to 1,000. The tests confirmed that the oil killed MRSA both as a liquid and as a vapor and that its antimicrobial activity did not diminish by heating it in boiling water. Adding oregano to water, soap, and disinfectants is another great way to take advantage of this herb’s powerful antimicrobial and antiseptic properties.

The constituents thymol and rosmarinic acid, found in oregano, are thought to be effective against Heliobacter pylori, the stomach bacteria that causes ulcers.

The constituent beta-caryophyllin (E-BCP) is being studied for its potential in treating osteoporosis, arteriosclerosis, and metabolic syndrome. E-BCP is a dietary cannabinoid.

A boiled leaf solution can be used effectively to wash wounds and burns, helping to prevent infection, relieve pain, and promote healing.

High in fiber, oregano helps bind bile salts and cancer-causing toxins in the colon so they can be easily and safely eliminated from the body. Fiber is also known to help lower high cholesterol levels.
Oregano contains compounds that can help manage type 2 diabetes in a way similar to some currently prescribed drugs.

In China, the herb has a long history of use for treating fever, colds, flu, diarrhea, and vomiting. It is also used to treat malnutrition in children.

The 17th-century herbalist Culpeper said that oregano “strengthens the stomach and head much, there being scarce a better remedy growing for such as are troubled with a sour humour in the stomach.”

Virtually identical to marjoram, oregano is stronger at expelling the afterbirth and stimulating menses. Oregano is also better at preventing and fighting infections than marjoram is.

There are many species of Oregano. The cultivar O.vulgare hirtum is hardy and dark, with silvery leaves, and has an excellent reputation for flavor, pungency, and medicinal uses.

Oregano was not known in the U.S. until after WWII when returning soldiers from Italy brought back stories of this delicious herb and it began to be introduced here with the growing popularity of Italian foods and pizza.

Dried oregano is added during the cooking process, whereas fresh is added at the end to preserve its aromatic qualities and more delicate flavor.

The name oregano derives from the Greek words oros, mountain, and ganos, joy. Greeks and Romans crowned brides and grooms with laurels made of oregano. In ancient Greece, the herb was revered for its warming, stimulating, and relaxing effects on the lungs and reproductive organs especially. It remains an excellent choice for helping to relieve menstrual cramping and delayed menses caused by cold.

Oregano is in the mint family, called Lamiaceae; however, its taste is pungent and earthy, with a hint of minty overtones.

One teaspoon of dried oregano fulfills 14 percent of your daily vitamin K requirement.

Dried oregano leaves have a stronger flavor than fresh leaves. The fresh leaves are perfect for a milder cup of tea, and the dried leaves are generally preferred for tomato sauces or stews.