Myrrh has a long history as a perfume and incense with strong medicinal healing powers. It is known to invigorate blood, prevent gum disease and alleviate pain. As a sacred incense it is known to cleanse and uplift the spirit, opening the mind and heart to all things transcendental and divine.

Watch a short video, from Ann Christensen, Founder and Creator of White Rabbit Institute of Healing™ – What You May Not Know About Myrrh…

Below is an overview of myrrh, combining the best of Western Science, Oriental Medicine, Traditional Chinese Medicine (TCM), Shamanism, Folklore, and a wide range of healing modalities. Gain a balanced and thorough understanding of the healing properties of myrrh.

How to take FULL advantage of Myrrh's healing powers... 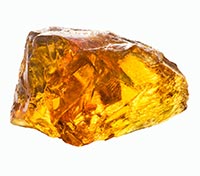 CHECK OUT our Herb Health Session on Myrrh. Discover the benefits and applications of Myrrh from Eastern and Western perspectives and much, much more!

Myrrh is native to Yemen, Somalia and Eastern Ethiopia.

Caution: Not recommended if pregnant as it can be very blood moving and invigorating.

History/Folklore: Oleoresin is a natural gum resin. To obtain myrrh, the tree is wounded so it will bleed gum. The gum is yellowish and can be either clear or opaque, darkening deeply as it ages with white streaks emerging.

Myrrh was so valuable in ancient times that it has been said to be equal to its weight in gold. It has been used as a perfume, incense and medicine. It was used in Egypt to embalm mummies and remains well-known for preventing decay of teeth, wounds, and chronic skin conditions.

In Greek mythology, Myrrh, daughter of the King of Syria was punished by Aphrodite who caused her to disguise herself and have incest with her father, when her father discovered her he tried to kill her, the gods intervened and turned her into a tree, with the resin said to be her tears.

Known as the Balsam of Mecca, myrrh was one of the three gifts presented to the baby Jesus in the Christian Bible at his birth by the visiting Magi or wise men as a symbol of mortal life. To this day it is used in certain sacred ceremonies of the Catholic Church. It has also been used in many other religious ceremonies throughout the western and eastern worlds.

Myrrh has been found to be more effective as an antioxidant than vitamin E. Myrrh can also be used to fight two common parasitic infections: trichomoniasis (a sexually transmitted disease), and giardiasis, an intestinal infection.

Myrrh essential oil has one of the highest levels of sesquiterpenes, a class of compounds that has direct effects on the hypothalamus, pituitary, and amygdala, the seat of our emotions.

The Chinese will fry myrrh with vinegar to enhance the resin’s blood moving abilities. Typical dosage will be 3-12g. Research being done in China suggests that extracts and compounds found in myrrh may be effective against gynecologic cancer cells.

In Traditional Chinese Medicine, myrrh is often blended with notoginseng, safflower stamens, angelica, cinnamon, or salvia. It is used internally and externally.

Myrrh is used as a flavoring agent in foods and beverages, as a scent in perfumes, or as a fixative in cosmetics.

The best quality myrrh is large, brown red, slightly sticky, translucent, and with a dense and lingering fragrance.

“Myrrh beads” are not from the same plant but are crushed seeds worn by married Mali women in multiple strands around the hip.

The plant’s name, “myrrh” has origins in Arabic meaning, “bitter.”

Like frankincense, myrrh gum is a resin that is the plant’s response to penetration of the plant’s bark. It is a waxy substance that coagulates quickly becoming hard and glossy.

How to use Myrrh to take FULL advantage of it's healing powers!