The bark and roots of the magnolia tree have a long tradition in Chinese Medicine for healing and calming upset stomachs, asthma, and vomiting. Magnolia bark is often used to calm anxiety, aid sleep, and counter depression. See Magnolia Flower for the functions of the flowers and buds.

Watch a short video, from Ann Christensen, Founder and Creator of White Rabbit Institute of Healing™ – What Makes Magnolia Bark So Special?

Below is an overview of magnolia tree, combining the best of Western Science, Oriental Medicine, Traditional Chinese Medicine (TCM), Shamanism, Folklore, and a wide range of healing modalities. Gain a balanced and thorough understanding of the healing properties of magnolia tree.

How to take FULL advantage of Magnolia Tree's healing powers... 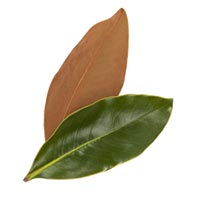 CHECK OUT my Online Course about Magnolia Tree. Dive deep into the benefits and applications of Magnolia Tree from Eastern and Western perspectives and much, much more!

Fossilized specimens M. acuminata have been found dating to 20 million years ago, surviving many geological events from the ice age, mountain formations, and continental drift). It is a large tree of 16-80 feet or more and diameter of 3-5 feet.

Mainly eastern and southeastern Asia, with secondary locations in North America, Central America, the West Indies and South America. In China, it is mainly produced in Sichuan, Hubei and as well as some other regions.

Caution: Considered safe. The seeds are mildly poisonous if eaten by humans.

History/Folklore: Used in Chinese Medicine since 100AD. Currently there are more than 200 Chinese patent drugs that are based on magnolia. The latest research news from scientists in Illinois report that breath mints made with magnolia bark extract kill most oral bacteria that causes bad breath and tooth decay within 30 minutes of chewing the mints

Magnolias have been cultivated in Chinese Buddhist temple gardens since 600 AD. The magnolia tree is a tree of life symbol; its branches and blossoms reach into the sky, their roots penetrating deep into the earth. It dwells between heaven, earth, and the underworld, uniting the energies of the universe.

Magnolia bark is an important herb in Traditional Chinese Medicine for treating abdominal distension. It is very good at Warming and Transforming Phlegm and helping to direct Rebellious Lung Qi Downwards, treating coughs, wheezing, and a stifling sensation in the chest.

Like the magnolia flower, magnolia wood is highly aromatic.

There are over 250 compounds found in the bark, flowers, and leaves, however, it is the compounds honokiol and magnolol that have gotten the most attention. They have been found to be 1000 times more potent than vitamin E. Vitamin E is a powerful antioxidant that is beneficial to immune system function and the skin. These two active compounds are also thought to contribute to the primary anti-stress and cortisol-balancing effects of the plant. Both these compounds exhibit neurotropic effects in vitro, promoting brain cell growth and reducing brain cell death. Magnolol, also contains anti-allergic and anti-asthmatic properties.

A study compared the compound honokiol to the pharmaceutical drug diazepam (Valium). Honokiol was found to be 5 times stronger for reducing stress, without the side effects. Unlike diazepam, magnolia does not also induce muscle relaxation, invite addiction, or cause memory loss that is sometimes associated with this drug.

Studies suggest that honokiol and magnolol can activate cannabinoid receptors in the body, enhancing magnolia’s ability to promote sleep and calm anxiety.

The tree’s Genus is named in commemoration of Pierre Magnol, a professor of medicine and botany in the early 18th century.

Magnolia trees first appeared some 95 million years ago. And while their flowers are not representative of what the earliest flowers look liked, they offer interesting insights into the evolution of flowers. Magnolia is an ancient genus, appearing before bees did. It is theorized that the flowers evolved to encourage pollination by beetles.

The bark can be chewed as a substitute for tobacco, to cure the habit of smoking.

The magnolia tree is often shown with other symbols of longevity such as the pine tree.

In the U.S., magnolia is both the state tree and flower for the state of Mississippi.

How to use Magnolia Tree (Huo Po) and take FULL advantage of it's healing powers!