Long used by the Chinese as a medicinal herb, Ligustifum is also used in cooking and as fragrance in soaps and cosmetics. Not to be confused with Ligusticum sinense or Ligusticum porteri, plants that are in the same genus, but have different attributes, Ligusticum wallichii is a famous blood tonic herb that can also help relieve pain and inflammation.

Watch a short video, from Ann Christensen, Founder and Creator of White Rabbit Institute of Healing™ – Ligusticum an Herb for Transition.

Below is an overview of ligusticum, combining the best of Western Science, Oriental Medicine, Traditional Chinese Medicine (TCM), Shamanism, Folklore, and a wide range of healing modalities. Gain a balanced and thorough understanding of the healing properties of ligusticum.

How to take FULL advantage of Ligusticum's healing powers! 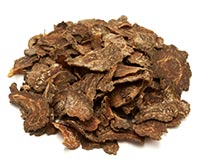 Perennial plant with hermaphrodite flowers that are pollinated by insects. It is in the carrot family.

It is native to India and Nepal and is now mainly cultivated in Sichuan province in China. Also cultivated in Jiangxi, Hubei and Xhaaxi.

Caution: Considered safe. If you overdose, vomiting and dizziness can occur. Up to 9 g is considered safe, with up to 3-6 g used to treat irregular menses.

History/Folklore: A very popular herb in China and Korea, where it grows wild and has been cultivated for centuries. It is widely used to treat gynecological disorders and disorders due to blood clotting, including injuries and coronary and cerebral clotting.

Ligusticum is considered one of the 50 fundamental herbs in Chinese Medicine. It is said to nourish Yin and supplement Kidney Qi (Energy), strengthening the Muscles and Bone and promoting clear vision and improved hearing.

Shen Nung, China’s first herbalist said it is a tonic to the vital centers, brightens the eye, strengthens the Yin, quiets the five viscera, nourishes the vital principle, makes vigorous the loins and naval, expels the hundred diseases, restores grey hair, and if taken for a long time will increase the firmness of the flesh, giving sprightliness and youth to the body.

The herb is also popularly used when the seasons are changing between the summer and fall, as these are times when either people fall ill or existing symptoms become aggravated. Allergic and dry coughs, eczema, muscle aches, and joint stiffness all benefit from ligusticum during this time of year.

A highly aromatic herb, it is used in China, not only to move Blood (Xue) and Qi (Energy), but also to Warm the Meridians, protect Blood, and Cool excess Fire.

Its scent is described as earthy with a hint of caramel or butterscotch. It is used as a food flavoring and added to cosmetics for its fragrance.

Because ligusticum excels at improving both Blood (Xue) and Qi (Energy) circulation, it is considered to be an excellent cleansing tonic, especially for the Liver.

It combines well with almost any other tonic herb and may be added to almost any formula.

Not to be confused with Ligusticum sinense or Ligusticum porteri, plants that are in the same genus, but that have different attributes, Ligusticum wallichii (aka Szechuan Lovage Root, Chuan Xiong) is a famous blood tonic herb that can also help relieve pain and inflammation. It is an acrid, pungent, and warming herb. Ligusticum sinense (aka Chinese Lovage Root, Straw Weed, or Gao Ben) is best known for treating bladder infections and lung infections. It is a warm, pungent herb. Ligusticum porteri (aka Osha, Tie Da Yin Chen) is native to North America and best known for treating bronchitis, sore throats, cold and flu and pneumonia. It is pungent, slightly bitter, and warming. Hemlock, a poisonous plant is often confused with Ligusticum porteri, so pay attention to identification if wild harvesting this herb. Hemlock has round seeds, Osha has oval seeds. Hemlock has purple spots on its stem, Osha has no spots.

A highly aromatic herb used by the Chinese to move Blood (Xue) and Qi, as well as warm the Meridians, protect Blood, and cool excess Fire.

Ligusticum is so good at improving circulation that it is considered an excellent liver cleansing tonic.

Ligusticum combines well with almost any other tonic herb and may be added to almost any formula.

How to use Ligusticum to take FULL advantage of it's healing powers!