Lemon balm is widely used to treat digestive disorders ranging from bloating and intestinal gas, to vomiting and even menstrual cramping. It has been used for hundreds of years to calm the heart and body and uplift the spirit, even helping to mend a broken heart. It is often combined in teas containing other calming herbs such as valerian. Lemon balm is used to call ghosts and spirits and promote clairvoyance.

Below is an overview of Lemon Balm​, combining the best of Western Science, Oriental Medicine, Traditional Chinese Medicine (TCM), Shamanism, Folklore, and a wide range of healing modalities. Gain a balanced and thorough understanding of the healing properties of lemon balm.

How to take FULL advantage of Lemon Balm's healing powers... 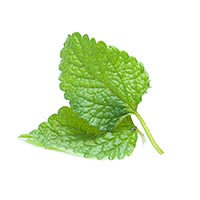 JOIN ME in an exploration of the healing herb, Lemon Balm (Xiang Feng Cao). Explore the benefits and applications of Lemon Balm, from Eastern and Western perspectives, and so much more!

Lemon balm is a perennial herb in the mint family. It is a lemon-scented, aromatic plant with serrated heart-shaped leaves and whorls of small blue, yellow, or white flowers. There are five different species of lemon balm.

Lemon balm is native to the Mediterranean and various regions of North Africa, Central Asia, and South-Central Europe. It is now cultivated all over the world in temperate areas. It likes moist, fertile soil but can tolerate some drought.

History/Folklore: Lemon balm has antioxidant, antiviral, antibacterial, antidepressant, and anti-inflammatory properties among its many attributes. It is edible and is used as a medicine to treat anxiety, insomnia, heart palpitations, Alzheimer’s, and genital herpes.

The name Melissa is Greek for honeybee and is an appropriate choice for the name of the genus, as bees are known to love this plant. They smear the inside of their beehives with its scent when lemon balm is available to them.

Lemon balm has played a significant role in the religious and magical beliefs of early societies. The Ephesians and the Greeks both held the plant as sacred and dedicated it to the goddess Diana. They also viewed bees as sacred. The honeybee was understood to be a manifestation of the human soul, allowing lemon balm, which attracts bees, to be a tool for calling upon individual souls. In later days, this practice and belief transformed into the use of lemon balm as an herb for spells to attract romantic love.

Lemon balm is used by shamans and mediums to evoke a stronger connection with the spirit world and call upon ghosts and other types of otherworldly entities and spirits.

In the Middle Ages, it was used to treat insomnia, heal wounds, promote digestion, improve mood, and even treat baldness. St. Hildegard of Bingen (born 1098 C.E.), a nun who became a well-known herbalist, said that lemon balm “contains the virtues of a dozen other plants.”

In the time of Charlemagne, who ordered the herb to be grown in monastery gardens, French Carmelite nuns added lemon balm to water to use as a disinfectant and to mask the smells of bodies that were rarely able to benefit from bathing. Carmelite water is still sold in German apothecary shops.

The herbalist Culpeper made lemon balm and honey into a sweet-tasting medicinal paste. He said it could “expel those melancholy vapours from the spirits and blood which are in the heart and arteries” (1653).

A study in China tested the constituent eugenol, a powerful antioxidant found in lemon balm, and confirmed improvement of memory-related functions. Eugenol is also known to help protect brain cells. Used shortly after a stroke, it appears to protect other areas of the brain from further damage.

Research conducted at Northumbria University suggests that lemon balm increases the activity of acetylcholine, a chemical messenger linked to memory function that is reduced in Alzheimer’s disease.

Lemon balm contains a thyroid-stimulating hormone (TSH) antagonist, making it a possible treatment for Graves’ disease or hyperthyroidism. Lemon balm is also known to help clear and protect the liver from toxins.

Lemon balm lifts the spirit and is said to enhance memory and boost alertness. It has been used in spells to help heal a broken heart and attract romantic love. A bag of dried lemon balm placed beneath the pillow is said to help promote sleep. It can be used externally or internally to calm the nerves.

Lemon balm is planted after the last frost. It likes partial shade and can remain green during mild winters but typically will die off and sprout again in the spring. It responds well to cutting and will grow back twice as thick. It does not spread by underground runners the way mint does but rather sprouts from seeds. Some gardeners consider it a weed.

Lemon balm is frequently used in cosmetics because of its soothing effects on the skin. It is said to reduce fine lines and was even used by the Queen of Hungary in the 1300s to help keep her looking young.

Lemon balm is used to sweeten jams and jellies and as a flavoring for liqueurs. Carmelite water, or Eau des Carmes, is a French digestive tonic made by Carmelite nuns containing lemon balm, lemon peel, nutmeg, and angelica root.

Lemon balm is also highly effective when used as an agent in aromatherapy. Its scent alone can uplift, soothe, and calm anxious nerves.

Lemon balm has also been applied fresh to polished furniture to give it a lemony scent.

Beware of lemon balm essential oil forgeries! Lemongrass is sometimes substituted for or blended with lemon balm oil, reducing the actual amount of lemon balm present in the oil.

Lemon balm extract is used in foods and beverages as a flavoring agent.

Lemon balm is often used when physical ailments are triggered by emotional upset.

Lemon balm loses much of its flavor when dried or cooked. If you are going to cook with it, add it near the end of the cooking process to preserve its scent and flavor.