Jojoba seeds are used to create jojoba oil (sometimes called jojoba wax). As the oil is very similar to our own skin oils, and not greasy, it makes a wonderful addition to many skin lotions. It is hydrating and nourishing to the skin, even helping to treat psoriasis, rosacea, and eczema. It is used in many cosmetic products to help soothe skin and prevent the signs of aging. Its antimicrobial properties also help to protect the skin.

Jojoba is a perennial woody shrub with multiple stems that can grow to be between 8 and 19 feet tall. It has male and female flowers that will appear on different plants. The fruit is a green capsule which encloses up to three seeds.

Jojoba is native to southern Arizona and southern California in the U.S. and to northwest Mexico. 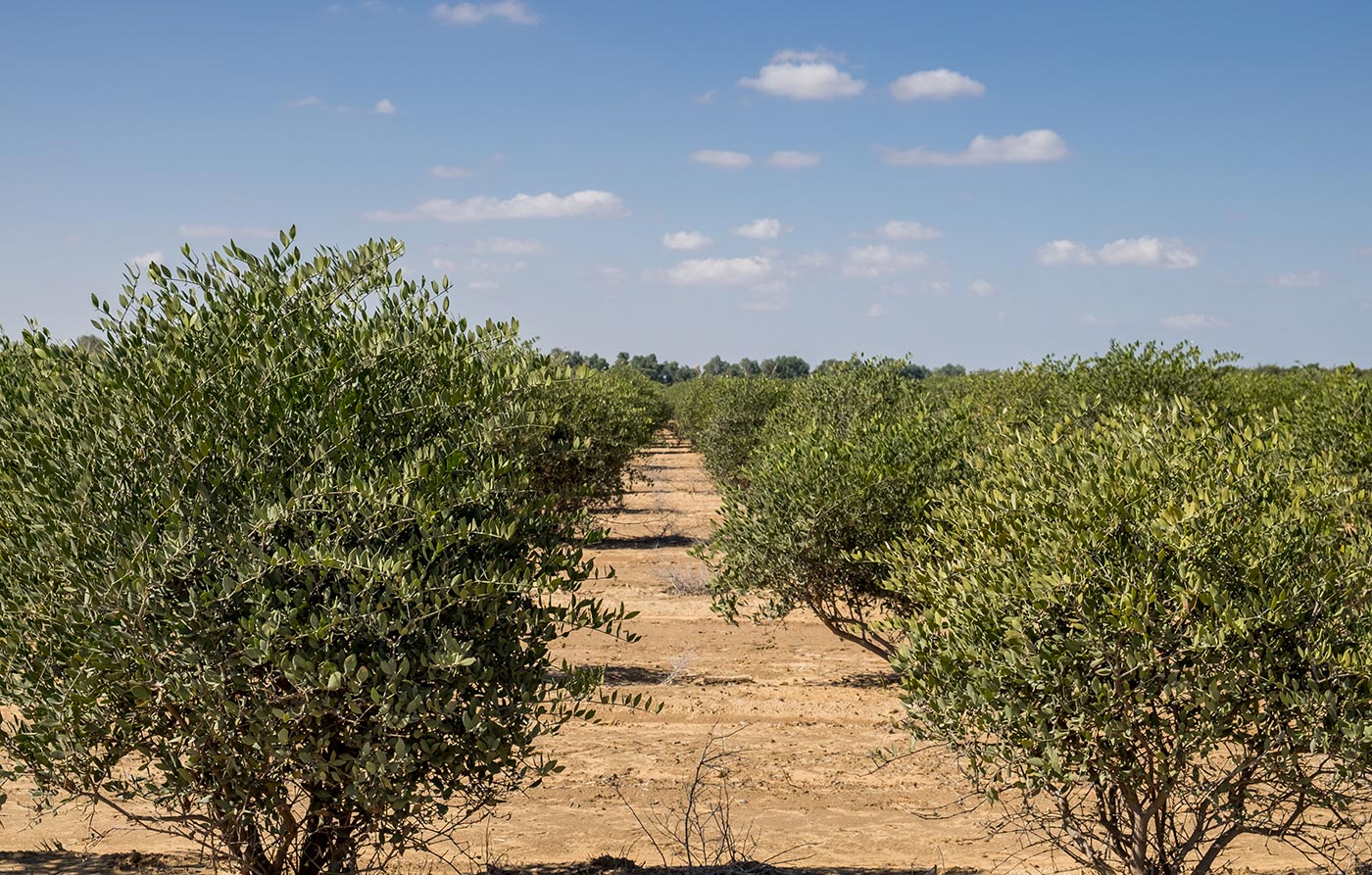 Jojoba is a perennial woody shrub with multiple stems that can grow to be between 8 and 19 feet tall. It has male and female flowers that will appear on different plants. The fruit is a green capsule which encloses up to three seeds.

Jojoba is native to southern Arizona and southern California in the U.S. and to northwest Mexico.

Parts Most Frequently Used: Oil from the Seeds

Caution: Considered safe used externally. While it is edible, it is not recommended for internal use as it is not digestible and contains erucic acid which can in large doses, cause serious side effects, including heart damage.

History/Folklore: Native Americans have used jojoba oil to treat sores and wounds. The oil is very good for the skin, hair, and cuticles. It is high in vitamin and E and B-complex vitamins that can help repair skin and soothe cracked skin conditions associated with overly dry skin. The oil is edible, but not digestible, and will be passed out of the intestines unchanged in the stools. It contains erucic acid which can have serious side effects if ingested in large doses, so do not use jojoba oil internally.

Jojoba oil can help prevent dandruff, hair loss, and promote thick healthy hair. Besides the vitamins E and B, it is rich in copper, zinc, and chromium that also support healthy hair and skin. Regrettably, it will not prevent male pattern baldness.

Jojoba oil can be gently massaged directly into the skin, hair, and scalp.

Unrefined jojoba oil appears as a clear golden liquid at room temperature. It has a lovely slightly nutty flavor. Once refined the oil is colorless and has no odor. The oil can become cloudy and solidify as temperatures drop, this is normal, and the oil will return to liquid form at room temperature. Because jojoba oil is actually a wax and not an oil, its shelf life is greatly extended.

The mono-esters made mostly of long chain fatty acids and alcohols, are what give jojoba oil extreme shelf-life stability. It contains very few triglycerides that can oxidate and cause an oil to become rancid more quickly. The oil is remarkably resistant to high temperatures compared to other true vegetable oils.

Jojoba oil is commonly used in pharmaceutical products and cosmetics. Many cosmetic products that are marketed as having natural ingredients include jojoba oil, such as lotions, shampoos, and conditioners.

During war, jojoba oil has been used to lubricate machine guns and as an additive to motor oil.

It may seem counterintuitive to use skin oil on your face every day, but jojoba oil is moisturizing, nourishing, and has excellent antimicrobial properties that can help protect your skin and make it glow.

In 1971, importing whale oil was banned in the U.S. prompting the discovery and substitution of jojoba for the use of whale oil. It is considered even superior to whale oil by the cosmetic industry.