Gypsum has an interesting energetic and physical relationship with water, heat, and solubility. Used to make plaster of Paris, it is also used in Traditional Chinese Medicine to counter conditions associated with severely high fevers and Heat or Fire in the body. These symptoms include high fevers with no chills, dry tongue, great thirst for cold water, delirium, red eyes, dark and scanty urine, irritability, and profuse sweating. A mineral, gypsum is a non-toxic substance that is used to make plaster, fertilizer, and a healing medicine to help reduce high fevers. In its crystal form, it is used to energetically rebalance your system and emotions to help get you back in the flow.

Watch a short video, from Ann Christensen, Founder and Creator of White Rabbit Institute of Healing™ – What??!! Gypsum can heal?

Below is an overview of Gypsum, combining the best of Western Science, Oriental Medicine, Traditional Chinese Medicine (TCM), Shamanism, Folklore, and a wide range of healing modalities. Gain a balanced and thorough understanding of the healing properties of Gypsum.

How to take FULL advantage of Gypsum's healing powers... 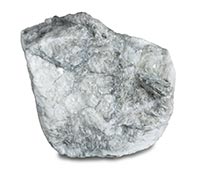 JOIN ME in an exploration of the healing herb, Gypsum (Shi Gao). Dive deep into the benefits and applications of Gypsum, from Eastern and Western perspectives, and so much more!

Gypsum is a naturally occurring stone that is a metallic salt of calcium. It has a white, translucent appearance and is classified as a sedimentary rock. It is powdery or compact, due to the inclusion of other trace minerals that will also make it vary in color from white, gray, yellowish, reddish, greenish, or brown.

Gypsum is formed as an evaporate from the dissolution of limestone by exposure to sulphuric acid from volcanic activity. It occurs in evaporating sea beds and near hot springs. The world’s largest gypsum dune field is found in New Mexico, in the United States. It is found throughout China, with Spain, Turkey, the U.S., Russia, and Thailand as the leading producers.

Caution: Considered safe used as prescribed and is classified as a non-toxic mineral. It is not recommended for patients with a weak stomach or Yang deficiency. Long-term use is not recommended. Over inhalation of gypsum can cause bloody nose and coughing. Ingesting too much gypsum can clog the gastrointestinal tract.

History/Folklore: Gypsum is formed by cyclical evaporation and rehydration of soils rich in calcium and sulfates. Gypsum chalk is generally found in more compact or dense deposits of limestone, alabaster, or selenite and is used to make plaster of Paris. While some gypsum is chalky, other forms are compact clear crystals or larger windowlike panes and tabular blades (selenite), fibrous rods (satin spar), delicate rose or flower shaped crystals (sand roses), or the massive compact and somewhat translucent alabaster.

The ancient Egyptians used gypsum to plaster their walls, carve statues, as an adhesive, and as a filler in pigments.

Gypsum is considered in Traditional Chinese Medicine to be a Clear Interior Heat herb. This is Heat that has penetrated into the body and is causing significant Fire symptoms such as very high fevers with no chills, irritability, extreme thirst, dark and scanty urine, dry stools, constipation or diarrhea, and possible abdominal distention. Symptoms may also include what is called, “feelings of warmth” in the “five centers” (the palms of the hand, the soles of the feet, and the sternum).

When gypsum is decocted with other herbs in water, it begins to rehydrate back into its dihydrate (flame retardant) version. Unlike so many substances, gypsum has retrograde solubility, meaning that as its temperature is raised its solubility decreases. This ability to absorb heat makes gypsum that is also used in drywall to also be able to slow the penetration of fire and the transfer of heat from walls and floors through the release of water into steam.

Gypsum is a neutral salt resulting from a strong acid and a strong base.

Chemically, the hydrochloric acid in the stomach will react with gypsum creating calcium chloride and hydrogen sulfate. This leads to gypsum essentially being thermodynamically pulled between different hydration and solute states. Anything that biases this reaction (such as a fever or the other herbs in a formula) will require heat to restabilize the reaction, by its chemical nature then gypsum will seek out and absorb that required heat from its surroundings, i.e the body, thereby bringing the body back into a hemostatic and balanced state and reducing a fever or Heat in the body. Maximum solubility occurs at 109.4 degrees Fahrenheit, meaning gypsum is most effective in countering life-threateningly high fevers. It can cool the body from inside out. It will also lead to the absorption of calcium and sulfate for the body to use, which also have their own beneficial biological properties.

Gypsum pieces are broken and up and cooked for 20-30 minutes before other herbs are added to a formula. When it has been calcined, a process of heating the herb to purify it, it can then be powdered and added to other powdered herbs and applied topically to treat burns, ulcerations, and eczema. In Traditional Chinese Medicine, gypsum is considered best used with other herbs that maximise its benefits. These benefits are not best realized when it is used alone. Bai Hu Tang (aka White Tiger Decoction) is a classic formula using gypsum and other herbs to Drain Stomach Fire, Clear Heat, and generate body fluids.

Calcium sulfate is used as an absorbable source of calcium and is often used as a calcium supplement in commercial products such as bread, cereals, yeast, canned vegetables, jellies, juices, and preserves. It is also used as a processing agent to make beer.

The word “gypsum” derives from the Greek word for chalk.

Energetically, gypsum is associated with flowing energy. Made from ancient flows of water, gypsum also has a polar molecular structure that metaphysically makes gypsum a strong conductor for encouraging the flow of energy and cleansing and removing blockages. It can help repair and strengthen damage to a person’s energetic balance, removing emotional obstacles. Gypsum easily dissolves in water and reforms again over time, similarly it can support change and evolution in a person’s life, without fear of losing one’s essence. It is grounding and stabilizing. It is said to energetically support bone strength and growth. Gypsum rosettes are said to remove negative energy and send it back to mother earth to heal.

Native Americans use gypsum in the center of a medicine wheel to unite the six directions: sky, earth, north, south, east, and west. Due to its connection and ability to easily dissolve in water, it is often used in rain ceremonies where it is thrown up in the air to collect moisture and bring it back down to the ground.

Black alabaster is considered the rarest of all the alabasters. It is actually an anhydrite form of a gypsum mineral and is only found in three places in the world – the United States, Italy, and China.

Gypsum has been used to make plaster of Paris, cement, drywall materials, and even in ancient times, windows.

The majority of gypsum currently mined in the U.S. is for environmental remediation for removing sulfur from coal and natural gas consumption.

The alabaster rocks used to carve the Mourners rock is gypsum. The placing of a rock on a burial site is an ancient Jewish tradition indicating that someone has visited the gravesite and honored the memory of the deceased’s life. In most cultures, rocks represent permanence, reliability, and strength. Hence the use of rocks on graves and for the making of tombstones.

Plaster, mortar, and plaster of Paris are all synonyms for gypsum.

How to use Gypsum (Shi Gao) and take FULL advantage of it's healing powers!