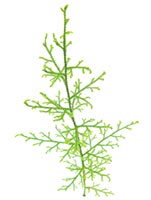 Some ferns are grown for food. Research is being done to learn more about their phenomenal ability to remediate contaminated soils and remove chemical pollutants from the air. Maidenhair ferns, particularly, have a long history of being used as a medicine to expel worms and heal wounds.

Below is an overview of Fern (Jue Lei), combining and interpreting the best of Western Science, Traditional Chinese Medicine (TCM), Shamanism, Folklore and more. Gain a balanced and thorough understanding of the healing properties of Fern (Jue Lei).

There are about 12,000 differing species of ferns. They are vascular plants that reproduce by spores and have neither flowers nor seeds. They differ from mosses by being vascular plants. Ferns have stems and leaves, called fronds. Leptosporangiate is, by far, the largest group of ferns, sometimes called true ferns. It is a group made up of monilophytes or pteridophytes. The fiddle heads are the round spirals found at the top portion of the plant’s fronds.

Fern species live in a wide variety of habitats, from forests, to dry dessert rock faces, to open fields.

Caution: Not all ferns are edible; most still need more study, so use with caution.

History/Folklore: Monilophytes include horsetails (which are considered fern allies and not ferns), marattioid ferns and whisk ferns. Pteridophytes traditionally include all seedless, vascular plants.

Ferns have played a role in mythology, medicine, and art. “Pteridomania” is the word used to describe the Vicrtorian-era craze for collecting ferns and using the plant’s image in the decroative arts, including textiles, pottery, moldings, wood carvings, and printed papers.

Some ferns are grown for food. Tubers from the king fern (Ptisana salicina) are a traditional food in New Zealand and the South Pacific. Fern tubers were used for food some 30,000 years ago in Europe. Licorice fern rhizomes were chewed by the Natives of the Pacific Northwest for their flavor.

The oil from the rhizomes of the male fern (Dryopteris filix-mas) has been used since Ancient Greek times as a valuable vermifuge expelling tape worms. They contain filicic acid, tannins, resins and sugars. The oil is bitter with an unpleasant odor. Some herbalists have boiled the roots in oil or lard to use as an ointment for healing wounds.

Black spleenwort (Asplenium adiantum-nigrum), also called black maidenhair, like other maidenhair plants (wall rue and common maidenhair), is used as a decoction to relieve troublesome coughs and as a good hair wash and hair tonic.

True maidenhair (Adiantum capillus-veneris) (AKA Hair of Venus), a small evergreen fern, has been used since ancient times as a medicine. A syrup is made, in France, from its fronds and rhizomes, called “sirop de capillaire,” which is used for pulmonary catarrhs, asthma and coughs. Flavored with orange flowers and honey, it also acts as a demulcent. A. trapeziforme of Mexico is more aromatic but is considered less valuable as a medicine. Young fronds are eaten like asparagus and considered a delicacy in Japan, though it is thought their use may contribute to the high levels of stomach cancer in Japan. In Siberia and Norway, the uncoiled fronds are used as a malt to brew a kind of beer.

Giant water ferns (Salvinia molesta) are one of the world’s worst aquatic weeds. And tree ferns are used as building material in some tropical areas.

Ladder brake ferns (Pteris vittata) have been shown to be very useful in removing heavy metals, especially arsenic, from the soil. Bracken ferns (Pteris aquilina) have been used in diet drinks and as vermifuges to kill tape worms. Eating the fronds is said to purge the stomach, and the roots crushed and added to ointments were used to heal wounds.

In Slavic folklore, ferns are believed to bloom once every year and, while difficult to locate, anyone who does see a “fern flower” is thought to be guaranteed to be happy and rich the rest of their life. It is a bit like the tradition of finding a pot-of-gold at the end of a rainbow. A Finnish tradition says that one who finds and possesses the “seeds” of a fern in bloom on a midsummer night will be guided and shown how to become invisible, so they can find the spot where hidden treasures can be found. Only people carrying fern seeds can find these places.

Don’t confuse maidenhair tree, which is a type of ginkgo, with maidenhair ferns; they are not the same! Fern bush is also not a fern but a member of the rose family of shrubs that has fern-like leaves. And Asparagus fern is another example of a plant that is not a fern but a monocot genus of asparagus, which are flowering plants.

The spores are rich in Lipids, Proteins and Calories. Rhizomes: Tannins, Acids and other constituents, depending on the individual fern being used.

The fiddle heads of bracken fern, ostrich fern, and cinnamon fern are edible.

The fossil fuel coal consists of the remains of primitive plants, including ferns.

Azolla ferns, called mosquito ferns, are used as biological fertilizer in the rice paddies of Southeast Asia for their ability to fix nitrogen from the air into compounds that can then be used by others plants.