Red clover’s sweet flavor and medicinal properties make it a wonderful ingredient for teas. A member of the bean family, red clover is used as a tonic in Chinese Medicine to treat colds and flus. Clover is very good at treating chronic and degenerative ailments.

Watch a short video, from Ann Christensen, Founder and Creator of White Rabbit Institute of Healing™ – A Question of Toxicity…

Below is an overview of cl, combining the best of Western Science, Oriental Medicine, Traditional Chinese Medicine (TCM), Shamanism, Folklore, and a wide range of healing modalities. Gain a balanced and thorough understanding of the healing properties of clover.

How to take FULL advantage of Clover's healing powers... 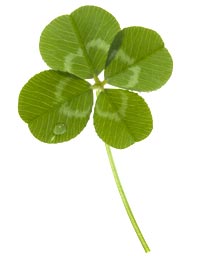 JOIN ME in an exploration of the healing herb, Clover (Mu). Dive deep into the benefits and applications of Clover, from Eastern and Western perspectives, and so much more!

Trifolium is a genus of about 300 species in the legume family Fabaceae. The plants are small annual, biennial or short-lived perennial herbaceous plants. The leaves are trifoliate, and the stems are hairy and upright with heads of dense spikes composed of small red, purple, white or yellow flowers. The most widely cultivated clover is White Clover (Trifolium repens) and Red Clover (Trifolium pratense). There are plants with four, five, six and very rarely more leaves.

Caution: Considered safe though pregnant or nursing women should not be taking red clover, as the effects of the plant’s isoflavones on fetuses and infants is not yet clear. It is also not recommended for anyone on blood thinning medications (coumadin).

History/Folklore: The name “trifolium” derives from the Latin words tres (“three”) and folium (“leaf”). Both red and white clovers have antibacterial and anti-inflammatory properties and both can be used to purify the blood and lymph. Red clover is considered one of the richest sources of isoflavones, which are water-soluble chemicals that act like estrogens. It is therefore high on the list for treating menopausal hot flashes, PMS, breast health, lowering cholesterol, and increasing urination and blood circulation. Still, while early studies are encouraging, it is still inconclusive if, and to what degree, red clover’s healing properties do in fact impact menopausal hot flashes, blood clotting, cardio conditions, and cancer.

Red clover is used as a flavoring in foods and beverages, even though white clover is considered to have the better flavor!

In Ancient China the plant was used as incense and burned at altars. It was considered a sacred plant by many cultures and thought to bring good luck, prosperity and health to all who wore it. In contemporary Europe, a red clover extract called Uzarin paralyzes smooth musculature. It is marketed as UZARA in drop and tablet form and is used to treat diarrhea.

White clover (Trifolium repens) is traditionally used to purify and cleanse blood. All parts of the plant are edible: leaf, flower, stem, and seed pods. The dried leaves and flowers are slightly sweet with a mild vanilla-like flavor. They are often used fresh or dried in baked goods, salads, and teas. Considered more delicious than red clover, white clover is high in protein, minerals, and other nutrients. White clover honey is the most commonly used table honey available.

White clover wash is used to soothe skin and as an eyewash. A tincture made from the leaves can be used to make an ointment to help treat gout.

Both red and white clovers have been used to break curses and help revitalize a person’s spirit.

Red Clover can cause sterility and liver disease in some animals if they eat too much of it. It is grown as a fodder crop and tilled for green manure.

White clover symbolizes happiness, promise, and “Think of me” or “Be mine.” Clovers in general are associated with good luck, especially a four-leaf clover. Often associated with male energy, covers are also understood to be a symbol of protection and a charm against snakes, hexes, and other forms of negative energy.

In Irish iconography, the word “shamrock” translates to “young springs of clover”. It is the symbol of St. Patrick used to illustrate the Holy Trinity (Father, Son and Holy Spirit) in the Catholic religion.

A Favorite of Bees

Beekeepers are in big demand from clover farmers since bees are the best pollinator for clover. Bees benefit from a favorite source of honey and farmers gain from the resulting clover yields that come from the bees pollinating their flowers.

To Be In Clover

“To be in clover” is to be living a carefree life of ease, comfort and prosperity. Most likely stemming from the fact that cows grew fat eating clover.

How to use Clover (Mu) and take FULL advantage of it's healing powers!