Besides flavoring foods, cayenne is considered wonderful for treating heart and digestive issues. It is an herb that is loved or hated depending on who you talk to because of its strong flavor profile and hot spiciness.

Below is an overview of cayenne, combining the best of Western Science, Oriental Medicine, Traditional Chinese Medicine (TCM), Shamanism, Folklore, and a wide range of healing modalities. Gain a balanced and thorough understanding of the healing properties of cayenne.

How to take FULL advantage of Cayenne's healing powers... 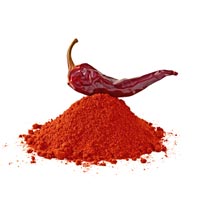 CHECK OUT our Herb Health Session on Cayenne. Discover the benefits and applications of Cedar from Eastern and Western perspectives and much, much more!

Related to bell peppers, jalapenos, paprika and others. Capsicum is a genus of the nightshade family (Solanaceae). The plants require about 100 days to mature and like a warm, nutrient-rich soil in a warm climate. They are mostly perennial in subtropical and tropical regions, but are usually grown as annuals in temperate climates.

Caution: Too much can upset your stomach, but people have been known to take three tablespoons a day and be just fine. Not recommended for anyone suffering from yin deficient disharmonies.

Key Constituents: Alkaloids, Capsaicin, Fatty acids, Flavonoids, Sugars, Carotene, Volatile Oil, Vitamins A, B1 B2, B3, B5, B6, B9 and Vitamin C, Potassium, Manganese

History/Folklore: There is a considerable amount of lore dedicated to cayenne as a South and Central American herb of the Mayans and Aztecs. Considered a tonic for the heart, kidneys, lungs, pancreas, spleen and stomach. It is also said to increase fertility and delay senility.

Cayenne is in particular, considered good at treating heart and circulatory problems. It is said to be a lifesaver in the event of a heart attack, though this claim remains unproven by clinic study. A cup of cayenne tea (1tsp of cayenne in a cup of hot water) will help calm the heart.

Cayenne stimulates the flow of stomach secretions and saliva. It is also considered to improve the effectiveness of other herbs making it useful as an adjunct herb in formulas.

Some recommend placing cayenne inside the nose to relieve hay fever, migraine headaches and sinus infections.

Cayenne peppers are high in vitamin A, C, E, and potassium and magnesium. They are mentioned by the 17th century English herbalist, Nichols Culpeper as a useful supplement for promoting health. In his Complete Herbal of 1653, he mentions cayenne as “guinea pepper” a misnomer for “guiana pepper.”

Cayenne can be grown in the garden to deter unwanted spirits and scattered around your house it will break bad spells. It is added to love potions to insure passion and make encounters “spicy.”

Cayenne makes a very good eye wash, and despite the fact that too much can upset the stomach, because it is a “hot moving” herb, it is surprisingly an excellent remedy for stomach ulcers.

Cayenne peppers are related to bell peppers and jalapenos. They are slightly hotter than jalapenos. On the Scovill scale, used to rate the heat and spice factor of peppers, cayenne rates 30,000 – 50,000 units – spicy, but not so much as to knock you over!

Research has found that capsaicin, a key constituent in cayenne, reduces the amount of substance “P,” which is the chemical that carries pain messages to the brain. When “P” is blocked, a person experiences relief from pain. Using cayenne in ointments and plasters takes advantage of this property for easing the pain of injuries and arthritis.

In Chinese medicine, the hot nature of cayenne suggests it not be used for yin deficient disharmonies. It is especially noted as a Yang supporting or heating agent in the body.

Cayenne oil is made using the cold pressed method or by creating an infusion from the fresh peppers placed in olive oil for use in culinary dishes, salves, and pastes.

Considered the “King of Herbs” for its ability to heal baffling health problems. Prized for thousands of years for its healing powers.

Cayenne is named after a French city in French Guiana.

How to use Cayenne to take FULL advantage of it's healing powers!