With their salty, savory, and tangy flavor capers are a key ingredient in many Mediterranean recipes. They are also used in many Asian dishes. They are also anticancer, heart healthy, and can help to regulate thyroid function. Besides the unopened pickled buds and fruit, the leaves, roots, and even the flowers and seeds, can be used to treat a variety of conditions.

Watch a short video, from Ann Christensen, Founder and Creator of White Rabbit Institute of Healing™ – One Key to Capers as Medicine…

Below is an overview of caper, combining the best of Western Science, Oriental Medicine, Traditional Chinese Medicine (TCM), Shamanism, Folklore, and a wide range of healing modalities. Gain a balanced and thorough understanding of the healing properties of caper.

How to take FULL advantage of Caper's healing powers... 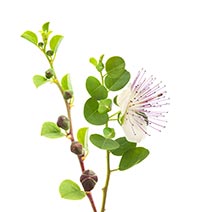 JOIN ME in an exploration of the healing herb, Caper (Ci Shan Gan). Dive deep into the benefits and applications of Caper, from Eastern and Western perspectives, and so much more!

The caper bush is a perennial winter deciduous plant with rounded leaves and flowers that range in color from white to pink. It produces a berry, a fruit that is also consumed pickled. They grow in viney brambles, much like blackberries. It has a multitude of spiny branches bearing white flowers with purple stamens. The flowers last about 16 hours and open successively. They can grow to be 3 to 5 feet tall and spread about 5 feet wide.

It’s believed they originated in Central Asia, but they are also native to the Mediterranean, parts of Asia, and South Africa. The plant grows wild in the arid and semi-arid zones of the Mediterranean, most of Asia, Iran, Pakistan, Turkey, Jordan, Northern and Eastern Africa, the Pacific Islands, Madagascar, and even Australia.

Caution: Considered safe, some people may experience an allergic skin rash. Caper fruit extracts are still being reviewed and appear to be safe for short-term use and as prescribed. Long-term use is not recommended.

History/Folklore: Soil deposits in Syria and the late Stone Age cave dwellings in modern-day Greece and Israel reveal that capers have been eaten for over 10,000 years. The plant’s buds are called capers and are quite small and without stems. Its fruit, called caperberries, are larger, like an olive, and include the stems. Both are popularly pickled and eaten. The roots, leaves, and flowers (even the seeds!) are particularly used as medicines.

The Ancient Roman cookbook “Apicius” also mentions capers, the green buds of Capparis spinosa. It is thought that the name caper might come from the Greek name for Cyprus, one of the locations where the plant is native. Like olives, capers need to be pickled before consuming. Raw capers and caper berries are extremely bitter, pickling them helps to reduce the bitterness and enhance their natural flavor.

Caper’s aroma is similar to mustard. They have a spicy, mustard-like, lemony, salty flavor. After pickling, capers are sun-dried and then marinated in vinegar, wine, and brine for 3 months. This gives them their dark green color and thick texture. Caper berries (the fruit) are larger than the buds and have a stronger flavor. The smaller caper buds have a stronger scent. Caper berries are seedier, starchier, and tougher textured than the buds. One tablespoon of capers contains only two calories.

The buds commonly called capers, are categorized according to size: nonpareils (up to 7mm), surfines (7-8mm), capuchins (8-9mm), capotes (9-11mm), fines (aka seconds) (11-13mm), and Grusas (or thirds) (14+mm), with the nonpareils being the most prized, and most expensive. In Italy, capers are graded on a scale of 7 to 16, which indicates their size in millimeters.

The caper bush produces a berry that is also consumed pickled. The flowers are edible and used as a seasoning and garnish. Similar to the buds and fruit they too can be pickled and used in salads or sauces. They also have a traditional use as an aphrodisiac.

Traditionally the leaves have been used to treat diabetes, colds, headaches, fungal infections, liver disorders, joint diseases, hemorrhoids, and female fertility. The immature leaves can also be cooked as a vegetable or are also pickled or used in salads. The dried leaves are sometimes used as a substitute for rennet in the making of high-quality cheese.

The burnt remnants of a caper bush have been used as a salt substitute.

The caper fruit (aka caper berry, caperberry, capperone, or taperone) is used to make sauces or are pickled. The Roman healer, Dioscorides recommended 2 drams of caper fruit daily for 30 days to reduce the Spleen.

The roots have diuretic, astringent, and tonic properties. They also have a long history as a remedy for treating pain. The root bark has been used to stimulate the appetite and as an astringent, tonic, and antidiarrheal. The roots (and root bark) have been used to treat skin diseases, colds, constipation, arthritis, gout, anemia, inflammation, toothaches, and liver, spleen, and kidney disorders.

Caper seeds are also high in fatty acids (omega-6 and omega-3), proteins, fiber, vitamin E, sterols, and carotenoids. They have been found in animal studies to prevent cognitive damage.

The Syrian name for capers is Kabar and the Turkish name is Kabarish. Traditionally they have most typically used the root bark considering it to be hot and dry, acting as a detergent and astringent, and food for expelling cold humors that can cause gout, arthritis, and edema.

The Arabs have used caper to treat diseases associated with the Spleen, the Romans used caper to treat paralysis, pain, and erection disorders. The Ancient Greeks used the caper plant to treat convulsions. In Biblical times the caper berry was said to have aphrodisiac properties. They are referenced in the Bible as a symbol of the shortness of human life, because very soon after it blossoms the fruit scatters its seeds, and the plant withers. The flowers only last for a few hours.

In Iranian traditional medicine, the roots, fruit, and bark have been used as a diuretic, tonic, and antimalarial agent. The leaves were used as an analgesic and anti-inflammatory to treat arthritis and hemorrhoids.

In Ayurvedic medicine, C. aphylla, is typically used as it is the most commonly available caper species found in India. With similar properties to C. spinosa, it is used to promote, stimulate, and support liver function and promote heart and kidney health. They also use capers externally to treat boils.

In China and Traditional Chinese Medicine, capers are mostly used as a food. It is the root bark that is used as a medicine to treat gout, paralysis, arthritis, pain, and disorders of the Spleen. They are known for Clearing Damp and Cold and Moving Blood.

Capers are an excellent source of rutin and quercetin, two flavonoids that have been found to have an extremely strong anti-inflammatory effect on gastrointestinal health. A study published in 2013 found that rutin exhibits as strong an anti-inflammatory response as the primary drug, 5-ASA, used to treat inflammatory or irritable bowel syndrome. Another study showed that caper extract used on gastric cancer cells promoted cancer cell death while remaining harmless to the internal organ. A study in 2016 revealed that rutin was able to inhibit the migration of 2 types of colon cancer and 1 type of lung cancer, indicating rutin’s and therefore caper’s potential as an anticancer agent. The white spots seen on the surface of pickled capers are said to be rutin that has crystallized during the pickling process.

Caper plants as a whole are said to be the richest natural source for quercetin, with capers themselves said to be second only to tea leaves. A study in Communications Biology reported that the quercetin found in pickled capers activates potassium channels that regulate the heart and brain. Research is being conducted to see if new drugs for epilepsy and arrhythmia might be created from quercetin due to its ability to activate the KCNQ potassium channels. Quercetin directly regulates proteins used that regulate muscle contractions, heartbeat, thought, and normal function of the thyroid.

A study published in the American Chemical Society’s issue of the Journal of Agriculture and Food Chemistry reported that caper-extract applied to meats before grilling reduced the formation of certain byproducts of digested meat that have been linked to cancer and heart disease.

Capers are difficult to harvest and are picked by hand, hence their high price on the market. The most expensive ones come from the Greek island of Santorini. They are famous for their intense flavor. Some say the best capers come from a small island off the coast of Sicily called Pantelleria, between Sicily and Africa.

Capers like well-drained, rocky soils – so much so that throughout Italy, you can even see caper plants growing from the stone walls of ancient buildings. The plant’s ability and affection for growing on old stone ramparts and buildings has become a serious problem for the protection of certain monuments.

There is a poisonous Capparis species that looks very similar to Capparis spinosa, so be careful if you are harvesting in the wild. The plant normally has curved thorns, although a few spineless varieties have been developed. Wear gloves and be sure to properly identify your plant.

Up to Two Years

Some people apply capers directly to the skin to treat dry skin and other skin disorders. They help improve the flow of blood near the skin’s surface.

Capers are pickled flower buds, but in Greece and Cyprus they also pickle or boil the plant’s leaves to use in salads and fish dishes.

How to use Caper (Ci Shan Gan) and take FULL advantage of it's healing powers!