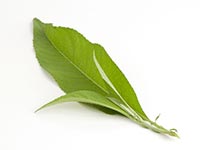 Camphor is a compound found in several plants, but it is most purely found in the camphor tree. It can be highly toxic when taken internally or allowed to penetrate into the body. It is therefore most typically used externally as an ointment or aromatic for opening the lungs, easing asthma, and the pain associated with sprains, chest pain, arthritis, and sinus congestion.

The camphor tree is an evergreen tree in the laurel family, Lauraceae. It has shiny leaves that give off the distinct aroma of camphor. When mature the leaves can grow to be about 15 cm long and will contain three yellow veins. The leaves are paler underneath and darker on top. The tree will bear small yellow to white flowers in the summer that grow in clusters. The flowers will be followed by small black fruits.

Cinnamonum camphora is the variety of tree typically found in the southern islands of Japan and Taiwan. It is cultivated in China, India, and Ceylon. It is also now grown from Egypt, to the Canary Islands, to southern parts of Europe, California, Florida, and Argentina.

Dryobalanops camphora is the variety of tree native to Borneo and popular in Asia. 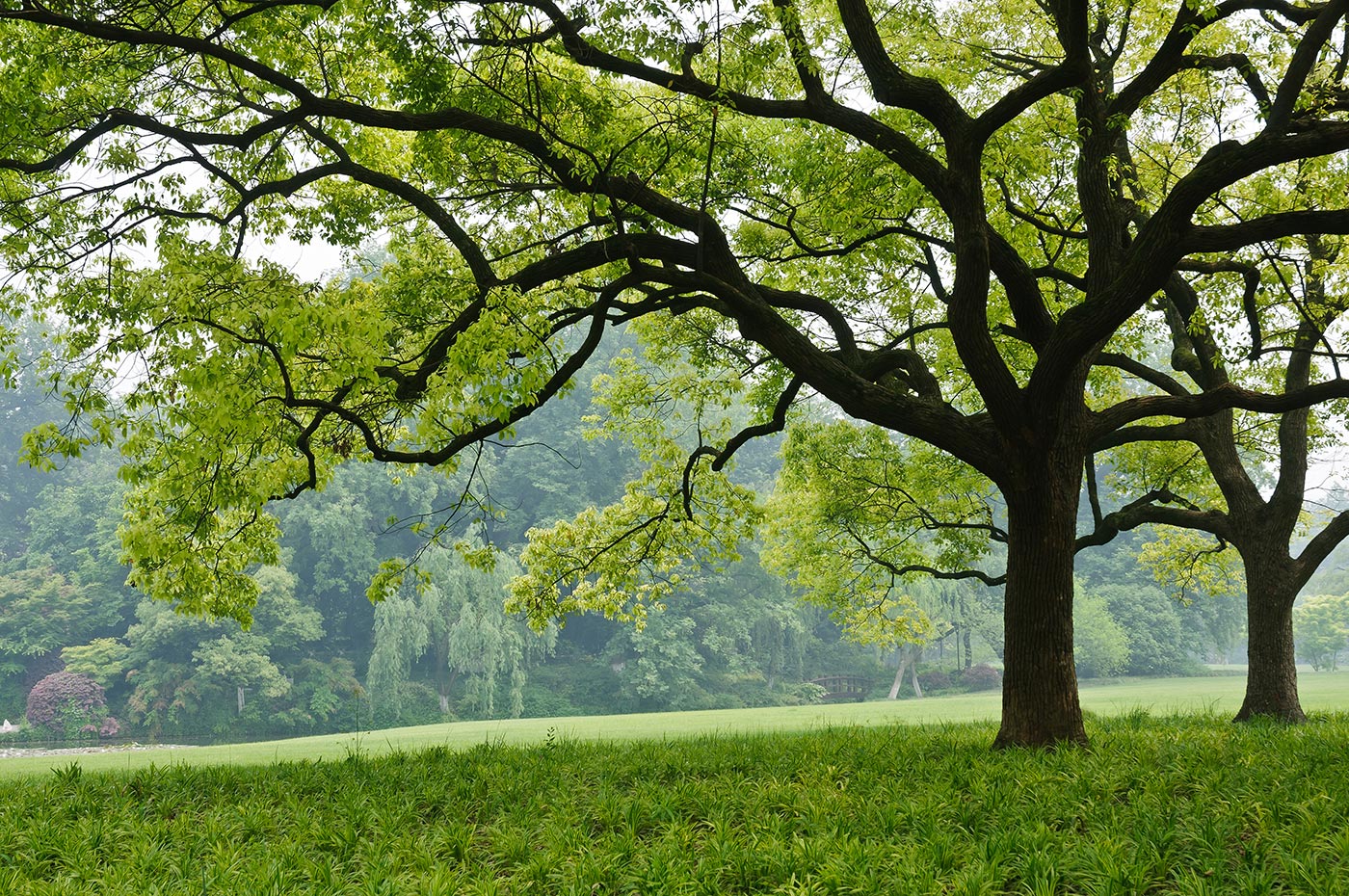 The camphor tree is an evergreen tree in the laurel family, Lauraceae. It has shiny leaves that give off the distinct aroma of camphor. When mature the leaves can grow to be about 15 cm long and will contain three yellow veins. The leaves are paler underneath and darker on top. The tree will bear small yellow to white flowers in the summer that grow in clusters. The flowers will be followed by small black fruits.

Cinnamonum camphora is the variety of tree typically found in the southern islands of Japan and Taiwan. It is now cultivated in China, India, and Ceylon and is now grown from Egypt, to the Canary Islands, to southern parts of Europe, California, Florida, and Argentina.

Dryobalanops camphora is the variety of tree native to Borneo and popular in Asia.

Caution: Camphor is considered safe for external use. However, do not use camphor on open sores or wounds, it can cause poisoning if internal concentrations become too high. It is not recommended for internal use as it can cause serious side effects, and even death. Toxic effects include nausea, vomiting, and burning of the mouth and throat. Camphor can cause an allergic rash in some people.

History/Folklore: Camphor has a long history of use as a medicine in the countries where it is native, ancient India, Sumatra, and then moving into use in China. It was traditionally used to treat sprains, swellings, and inflammation. It was also used to treat lung congestion, asthma, and pneumonia.

Camphor is a slow growing tree. In Asia, the drug, camphor, which is a white crystalline substance, is harvested from the roots, trunk, and branches. In America, a less damaging harvest approach is used with camphor being harvested from the leaves and twigs of the oldest trees. The Chinese value the oil extracted during the process of harvesting camphor from the trees. Camphor is often used to treat colds, chills, and inflammatory disorders. It can also relieve irritations of the genitalia. The Chinese also use camphor to revive people who have fainted or have become unconscious. Only very small doses are used internally, never more than 0.1 to 0.2g in either pill form or dissolved in wine. Generally, camphor is only used externally due to its toxic, and lethal properties.

Camphor was brought to Europe in 1676 for cultivation. It was shortly thereafter introduced to the United States.

Camphor is easily absorbed by the subcutaneous tissues, but not the mucus membrane. Do not use camphor on open sores or wounds, it can cause poisoning if internal concentrations become to high. It is eliminated from the body by combining with glucuronic acid and then released through the urine. Externally it is commonly used to treat head lice, fungal infections, osteoarthritis, sprains, cold sores, and acne.

Absorbed by the skin, camphor stimulates the nerve endings sensitive to heat and cold, producing a warming effect when vigorously applied, or a cooling effect when applied gently. These effects are particularly noticeable when it is inhaled for opening up the lungs to aid breathing and congestion. It is these effects that can stimulate decongestion. Camphor is not itself, a decongestant, in the typical sense.

Camphor comes in three varieties, white, yellow, and brown. Only the white variety is used medicinally as the other two forms are quite toxic.

Camphor can prevent narcotic drugs from taking effect. In cases of nervous excitement it can be soothing and quieting.

Medicinally, it can be used internally to help calm hysteria, neuralgia and serious diarrhea. However high improper dosing can lead to poisoning and even death so this approach is not recommended except when you are in the care of an experienced healthcare provider. Externally it is used to treat sprains, rheumatisms, lung infections, heart disease symptoms, and inflammatory conditions. Camphor is often combined with menthol to enhance its soothing and circulatory properties.

Camphor has been shown to help stimulate circulation in cases of heart failure, due to diseases or high fevers, such as are common with typhoid and pneumonia. Camphor can also help prevent the growth of pneumococci bacteria.

In ancient China, only the wood was used. They imported camphor oil from the Borneo variety of camphor tree (Dryobalanops camphora). This same variety of camphor was used during the Middle Ages and was the only camphor available in Europe. In the Middle Ages, camphor was used as an ingredient in sweets. A wide variety of both sweet and savory dishes are described in Arabic cookbooks dating from the medieval period. Camphor is mentioned in the Quran as a flavoring for drinks.

In the 18th century, camphor was used as an ingredient of paragoric, an opium/camphor tincture developed to treat diarrhea and coughs. Paragoric has had various formulations over several hundreds of years and was even a household remedy in the 18th and 19th centuries used to calm fretful children, rubbed on gums to soothe painful teething, and as an expectorant for colds and lung infections. It was also dissolved in alcohol in the 19th century to treat the cholera epidemics of Naples in 1854. It fell out of use after the regulation of opium in the 20th century.

Prior to WWII, the world use of camphor was at about 5,000 tons per year, with 80% of it being imported from Taiwan. The use of camphor during the U.S. Civil War was so high that the U.S. contracted for the entire Taiwan supply, with a proposal that the U.S purchase Taiwan (then called Formosa) in order to monopolize the camphor trade. It may have been for this reason that Japan stepped in and acquired Formosa instead in 1895.

The aromatic leaves can be harvested three or four times a year. Camphor is extracted from the leaves through steam distillation that removes the essential oil.

The commercial product, Vicks VapoRub contains camphor and can be applied to chest and throat, or used as an inhalant to help open the lungs and soothe hot, stuffy feelings in the chest. As a slave it can be effectively applied to the soles of your feet, then placing socks over the salve to help ease ongoing post-nasal drip and coughs…sounds crazy, but it works!

The young shoots and leaves of the plant can be cooked and are edible. Caution is advised as large quantities can become poisonous to the body. The old leaves are dried and used as a spice. It is mainly used for cooking in India.

The compound camphor is found in other plants, including rosemary.

Camphor is widely used in Hindu religious ceremonies, in which it is set on fire as the closing step in certain ceremonies.

Camphor can be used as a solvent in paint and varnishes, as a fragrance in soaps, disinfectants, and other household cleaning products. Camphor is an ingredient in vanilla and peppermint flavors used in soft drinks, baked goods, and condiments.

Some growers feel that camphor cannot be taken from trees until they are 50 years old.

Camphor is used in the popular commercial product, Vicks VapoRub, used to calm lung infections that cause feelings of a hot irritated chest, and congested lungs and coughs. It is also used to soothe arthritic joint pain and sprains.