Lemon has been used for culinary and non-culinary purposes throughout the world. It has been used as a medicine, in cosmetics, as a detoxifier, and even as a battery charger. Lemon juice is used effectively to treat colds and flu, bacterial infections, sore throats, poor digestion, allergy symptoms, and Parkinson’s disease.

Watch a short video, from Ann Christensen, Founder and Creator of White Rabbit Institute of Healing™ – The Legacy and Recorded History of Lemon…

Below is an overview of lemon, combining the best of Western Science, Oriental Medicine, Traditional Chinese Medicine (TCM), Shamanism, Folklore, and a wide range of healing modalities. Gain a balanced and thorough understanding of the healing properties of lemon.

How to take FULL advantage of Lemon's healing powers... 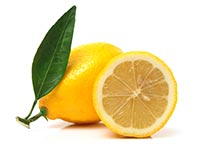 JOIN ME in an exploration of the healing herb, Lemon (Ning Meng). Dive deep into the benefits and applications of Lemon, from Eastern and Western perspectives, and so much more!

Small evergreen tree with ellipsoidal yellow fruit. Flowers are white with a strong fragrance. On a healthy tree, the flowers and fruit appear at the same time. Lemon trees are more sensitive to cold than any other citrus tree. They need to be protected from frost and prefer full sunlight along with well-drained, slightly acidic soil. They require deep watering once a week.

Native to Asia, probably in Northwest or eastern India, Burma, and China, lemons are now cultivated all over the world. The so-called “Bush Lemons” are a variety of lemons native to Australia.

History/Folklore: Lemon contains 22 anticancer compounds, including limonene and flavonol glycosides that stop cell division in cancer cells. Lemon also has a long tradition of being used to help fight viral and bacterial infections, soothing sore throats, and clearing itchy, red, swollen skin conditions. In fact, lemon juice used to be applied to the skin to help prevent freckles and protect the skin from the sun and the effects of aging.

It is the citric acid content of lemon that gives it its sour taste. It is thought to have been first grown in Assam, a region in northeastern India, northern Burma, and China. Geneticists state that lemon is a hybrid between bitter orange and citron.

Many cultures have used lemon. It was known to the Jews of Jerusalem, who pelted a high priest with lemons in the 90s BC. Lemon entered Europe near southern Italy during the Roman Empire, no later than the first century AD. It was later introduced to Persia, Iraq, and Egypt around 700 AD.

Lemon was first recorded in literature in a 10th-century Arabic treatise on farming and used as an ornamental plant in Islamic gardens. The first cultivation of lemon in Europe began in Genoa in the middle of the 15th century. Christopher Columbus brought the plant to the Americas as an ornamental and medicinal plant. In 1747, James Lind showed that seamen suffering from scurvy did better when lemon juice was added to their diets, though Vitamin C was not yet known.

Ancient Egyptians believed eating lemons and drinking lemon juice was an effective protection against a variety of poisons, and recent research confirms some of this as being true. Lemon was also used in embalming. In Mesopotamia, citrons were propagated for their beauty and aroma, as they flowered throughout the year.

Traditionally the lemon julep was a drink for cooling and thirst-quenching. The fruit’s acids help break up nodules. To quote Maud Grieve’s Herbal, “Locally it is a good astringent, whether as a gargle in sore throat, in pruritus of the scrotum, in uterine hemorrhage after delivery, or as a lotion in sunburn.”

Lemon juice helps to detoxify the liver, blood, stomach, intestines, and lymph. It can adjust and rebalance the body’s pH, and aids digestion and elimination both through the bladder and the intestines. While it does not burn fat, it does help to increase metabolism and suppress the munchies, helping to further support a weight loss program.

Lemon juice has natural antiseptic properties that make it natural for cleaning your kitchen, bathroom, and home. Lemon can be used on small cuts and burns to help prevent infection and accelerate healing.

The juice of one lemon can give you 33% of the 90mg daily recommended dose of vitamin C. The juice of two lemons per day can keep you hydrated in the hot summer months. Squeezed on salads, it can help your body absorb iron and is also high in potassium.

Currently, lemon has many uses in the modern world. Lemon juice is often used for cleaning. A lemon wedge dipped in salt or baking powder can brighten copper cookware. It is also known for sanitizing, deodorizing, bleaching stains, and removing grease. The oil of lemon peel is used as a wood cleaner.

Lemon juice is used as a short-term preservative on certain foods that tend to oxidize or turn brown after being sliced (for example, apples, avocados, and bananas).

Lemon juice is also used as a simple invisible ink, made visible by heat.

A halved lemon is used as a finger moistener for bank tellers and cashiers that count large numbers of bills.

How to use Lemon (Ning Meng) and take FULL advantage of it's healing powers!