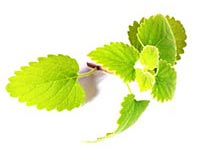 Catnip is a gentle edible herb that is ideal for treating children’s fevers, but strong enough to be used by adults. It is often used by women to help induce stuck menses.

Below is an overview of catnip, combining and interpreting the best of Western Science, Traditional Chinese Medicine (TCM), Shamanism, Folklore and more. Gain a balanced and thorough understanding of the healing properties of catnip.

Catnip is in the family Lamiaceae (mint family). It is a short-lived herbaceous perennial, growing 20-39 inches tall and wide (20-100 centimeters), with square stems, brown-green foliage, and coarse-tooth leaves that are triangular to ovate. The flowers are small bilabiate and can be white, or white with spots of pale purple or pink. Blooms late spring to autumn. It is drought tolerant and deer resistant and native to Southern and Eastern Europe, the Middle East, Central Asia, and China. Catnip has become widely naturalized through Europe, New Zealand, and North America.

History/Folklore: Traditionally used to start menses and aid children’s coughs. Culpeper said, “taken alone or with other herbs in a decoction to bathe in, or sit over the hot fumes thereof; and by the frequent use thereof it takes away barrenness, and the winds and pains of the mother.” Especially effective in cases with congestion and restlessness or delirium. Has been used to treat psychological and physical unrest. Used in cooking to impart a subtle mint flavor. In early colonial times, it was suggested that ingesting catnip would somehow make even the kindest person mean. It was consumed by hangmen to “get in the mood” for performing their job.

Terpenoid nepetalactone is the constituent in catnip that attracts cats and butterflies.

It is a repellent for aphids, squash bugs, mosquitoes, and flies. The plant’s distilled oil repels cockroaches and termites and is considered ten times more effective than DEET, the active ingredient in most insect repellents.