Echinacea A Gift From Native Americans 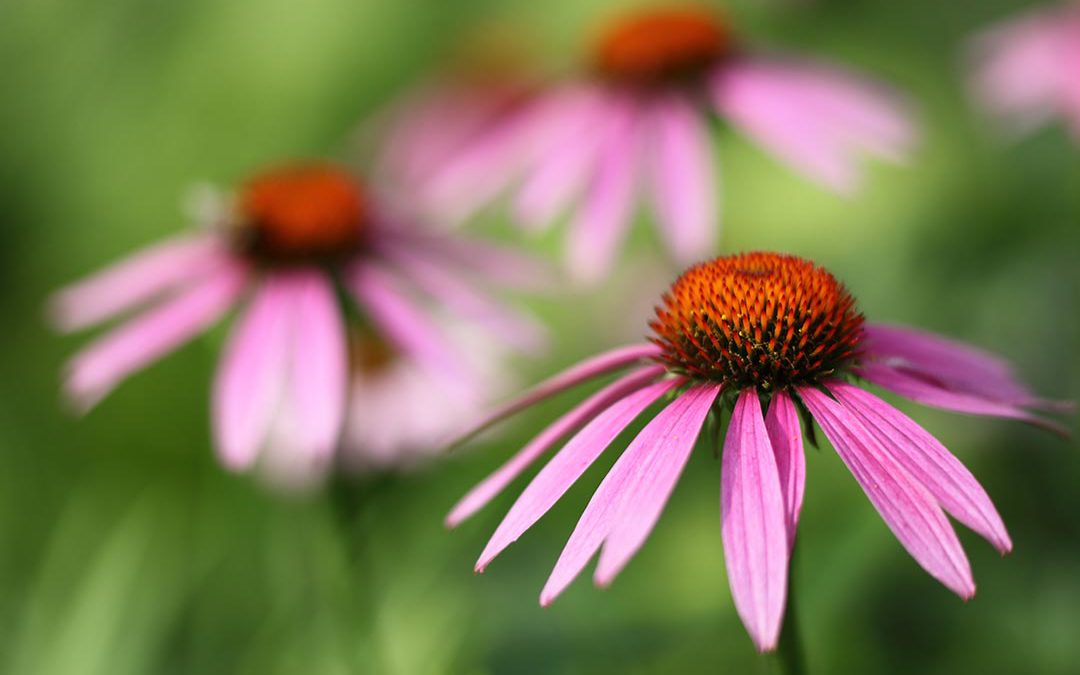 Echinacea is another example of a native North American medicinal plant that the Native American Indians shared with white settlers.

There are nine species of echinacea all native to North America. They grow exceptionally well in the Midwest and Northeast regions of the United States and can be found thriving in moist to dry prairies and wooded areas. These species are drought-tolerant perennials.

In 1930 a Swiss herbalist heard that American Indians had said echinacea was good for colds and began marketing echinacea tinctures in the U.S. and Great Britain as a cure for flu and colds.

Echinacea had long been used by American Plains Indians for treating sore throats, and headaches, and as an analgesic, or aid to reducing pain. They observed elk eating the plants when they were sick or wounded, and identified the plants as “elk root”. Word continued to spread throughout Europe, and the plant quickly became the most popular medicinal plant from the new world.

Modern research confirms echinacea as one of the world’s great antimicrobial healing plants. Today echinacea is a global multimillion-dollar industry and is now available at most pharmacies and supermarkets in tea, extract, and pill form.

In the spirit of Thanksgiving, the holiday recently celebrated in the United States, I’d like to acknowledge thanks to our Native American Peoples, without whom, early white settlers would not have survived, we here at White Rabbit, say thank you again, for sharing your wisdom with the whole world in the form of this one small flower that has the ability to fight and prevent viral, bacterial, fungal, yeast, and mold infections, especially in the upper respiratory tract.