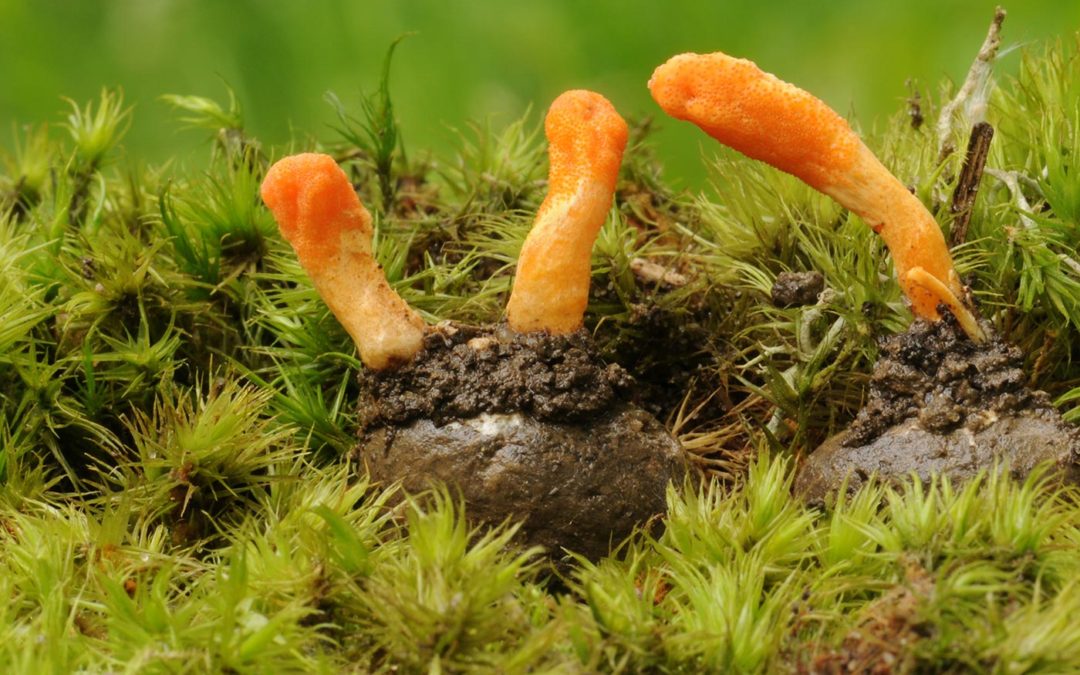 There are over 400 varieties of cordyceps, with Cordyceps sinensis, C. militaris, C. ophioglossoides being the three most commonly used.

Cordyceps is a fungus that lives on certain caterpillars in the mountains of China. It is now cultivated in laboratories.

All varieties of Cordyceps have powerful adaptogenic, anti-inflammatory, and immune-building properties. They also help to support a good night’s sleep.

The fungus has been used for centuries in Traditional Chinese Medicine for its important anti-aging properties.

The herb is popularly used by athletes to build endurance.

One of the first written records of Cordyceps dates to the Tang dynasty 620 BCE, where it was noted to be a mythical and magical creature that can transform from an animal to a plant throughout different seasons. In the winter it grows as a parasite (animal) feeding off the body of insects, particularly caterpillars, and then emerges in the summer as a mushroom (plant).