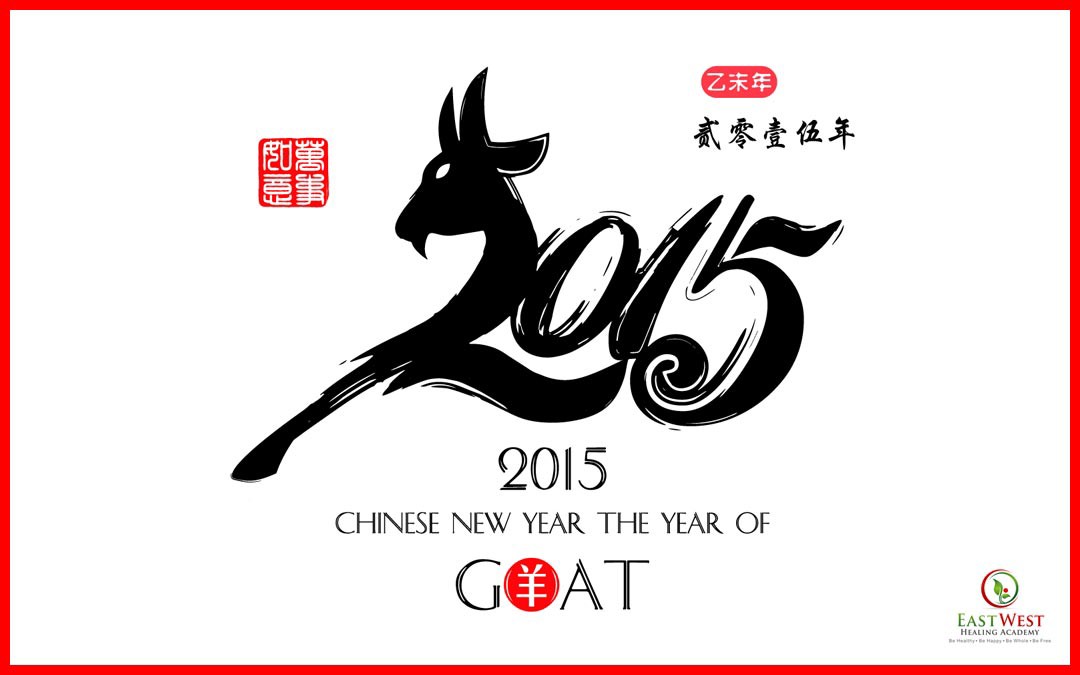 2015 is the Year of the Goat (also called Sheep or Ram as the word “yang” can refer to any of these animals). “The Spring Festival” is the literal translation of Chinese New Year and it is the most important holiday and social occasion in China. It is also known as the Lunar New Year as it is a fifteen day festival that begins with the new moon and ends on the following full moon.

The Chuyun, or Spring Festival Rush, the time when families return home to visit and celebrate the festival is sometimes considered one of the world’s largest migrations, putting huge stress on public transportation with around 2.8 billion individual passengers trips expected this year alone.

Chinese New Year is observed as a public holiday in a number of countries including Korea, Japan, an Vietnam, and other territories where sizable Chinese populations reside. The lunisolar Chinese calendar determines the date of the New Year celebration. Alongside the 12-year cycle of astrological animal zodiac there is a 10-year cycle of heavenly stems. Each of the ten heavenly stems is associated with one of the five elements of the Chinese Astrology, namely: Wood, Fire, Earth, Metal, and Water. The elements are rotated every two years while a yin and yang association alternates every year. This produces a calendar that repeats every 60 years. 2015 is the Year of the Wood Goat, also called the Green Wood Goat as green is the color associated with the wood element.

The Goat (often called Sheep or Ram) in Chinese astrology signifies kindness, popularity and being peace-loving. The additional wood” element adds the meaning of being helping and trusting. Goats (Rams and Sheep) also symbolize creativity, intelligence and being comfortable working alone to ponder their inner minds. Goats like being home and alone where they can express themselves artistically.

The biggest event of a several day celebration is the opening Chinese New Year’s Eve Reunion Dinner, named “Nian Ye Fan”. This meal is comparable to the US Thanksgiving dinner. After dinner many families go to the local temple to pray for a prosperous new year by lighting the first incense of the year. Traditionally firecrackers are lit to scare away evil spirits with the household doors sealed, not to be reopened until the new morning in a ritual called “opening the door of fortune”.

Mythology: According to tales and legends, the beginning of the Chinese New Year was born out of myth and fear with a mythical beast called the Nian. Nian would come on the first day of New Year to eat livestock, crops, and even villagers, especially children. To protect themselves, the villagers would put food in front of their doors at the beginning of every year and make loud noises to and wave bright lights to scare the demon away. It was believed that after the Nian ate the food they prepared, it wouldn’t attack any more people. One day a villager decided to get revenge of the Nian. A god visited him and told him to put red paper on his house and to light firecrackers. The villagers then understood that the Nian was afraid of the color red and loud noises. When the New Year was about to come, the villagers would hang red lanterns and red spring scrolls on windows and doors, lighting firecrackers to frighten away the Nian. From then on, Nian never came to the village again. The Nian was eventually captured by Hongjun Laozu, an ancient Taoist monk and became Hongjun Laozu’s mount.

Join us tomorrow to celebrate Day One of the Chinese New Years!