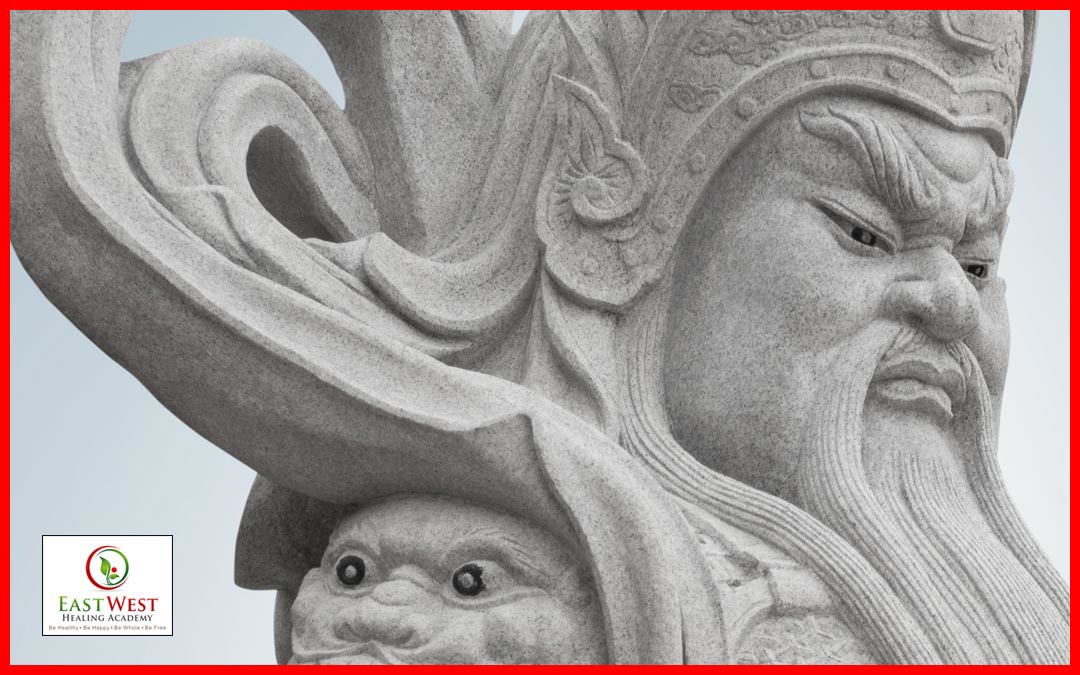 The fifth day of Chinese New Year is Guan Yu, the God of Wealth’s, birthday. It is common to shoot off firecrackers in order to gain Guan Yu’s attention, thus ensuring his favor and good fortune for the New Year.

In Northern China the people eat dumplings. In Taiwan, businesses will traditionally re-open on the next day (day six) accompanied by firecrackers.

There are many shrines dedicate to Guan Yu in homes, businesses and fraternal organizations. The Cantonese who migrated to California also built temples to him, such as the Mendocino Joss House, in Northern California, which remains a historical landmark to this day.

Mythology: Guan Yu was a famous general serving in the late Eastern Han dynasty. He is the best known of all the Chinese historical figures. Over time his life’s deeds and qualities became fictionalized and he was deified in the early Sui dynasty (581-618). He is respected as the epitome of loyalty and righteousness. Taoists consider Guan Yu to be the god of literature, war, martial arts and wealth. He is often referred to as Guan Gong (Lord Guan) or Gaun Di (Emperor Guan) out of respect. The authorative historical source of his life is the Records of the Three Kingdoms, written by Chen Shou in the third century.

Join us tomorrow to celebrate Day Six of the Chinese New Years!