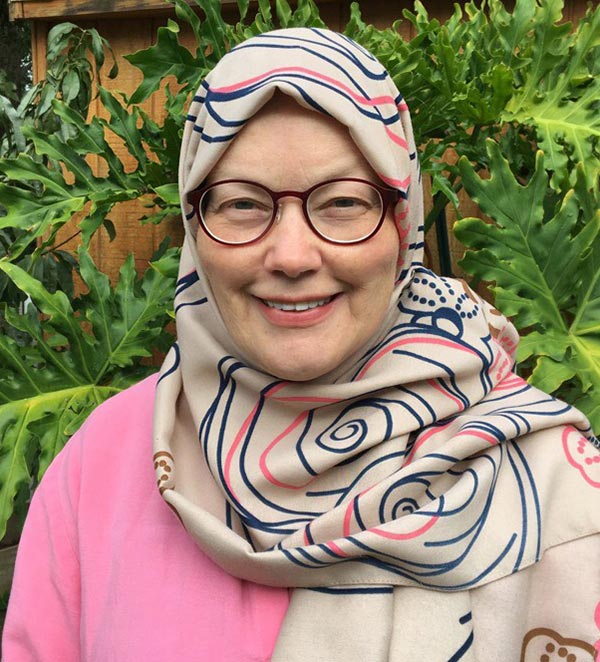 It is my pleasure to introduce you to Kay Neal, “America’s Latin Teacher.”

So much of biology, botany, anatomy, chemistry, and just plain science, is full of words that derive from Latin. This fact can be daunting for many approaching the sciences, but it doesn’t need to be so. These words actually can contain a lot of information hiding in plain sight about a subject if we but knew just a little more about each word.

Enter Kay Neal, she has agreed to pop in now and then to share her unique perspective on various names and nomenclature (which is just a fancy way of saying the naming of a person, things, or events, especially words used in science) that come up in our courses. Her knowledge will provide you with further insights about particular topics.

Kay’s background as a Latin teacher to hundreds of students young and old gives her the expertise and humor to help those of us who’s eyes cross when we see Latin names! Enjoy checking out her contributions whenever you see her name pop up on our website or within our courses. There’s no need to be afraid of Latin any more.

I grew up thinking I had the most boring background ever.

I was born in Salina, Kansas. That’s pretty boring, don’t you agree? (Sorry, Salina! I didn’t stick around long enough to develop any emotional ties to you.)

My dad was in the U.S. Air Force, and we ended up living in lots of places: Denver, Colorado; Goldsboro, North Carolina; Columbus, Mississippi; Austin, Texas; Minot, North Dakota; and Rantoul, Illinois.

That could be considered kind of interesting, except I was in school with lots of Air Force kids who had lived overseas and come into contact with other cultures and languages.

As a child, I longed to be ethnic. I desperately wanted to learn a foreign language. In Austin,Texas, I remember a neighbor girl whose family must have been from Mexico. I remember being in her yard, with paper and pencil, asking her the names of things in Spanish, and trying to write them down.

I found out pretty quickly that this was not going to lead anywhere. What I didn’t understand at the time was that a language was not just a list of words. That was my first foray into second-language learning.

My next foreign-language experience came in the form of being pressured into taking Latin in high school by my beloved eighth-grade teacher Mrs. Whitson, God rest her soul. I balked, knowing that it would be far too hard for me. After all, I had no experience with foreign languages. I had already seen that I couldn’t manage Spanish, which was a lot less alien than Latin.

The Latin experience was different. For starters, I had an actual, trained teacher (thank you, Mrs. Griest!). And though I had suspected that studying Latin would do something mysteriously powerful for the brain, I didn’t have much of an idea of how that would work. Had I been aware of the benefits beforehand, I like to think I would have been willing to crawl across broken glass to gain them for myself.

For instance, taking Latin catapulted me to the top performers on standardized verbal tests (never below the 97th percentile, which I believe is not at all unusual for Latin students). Latin enabled me to test out of the rhetoric requirement when I started college. My knowledge of Latin gave me status as the language and usage authority among my family members. It got me some cool and well-paid jobs editing and writing. It gave me a life of the mind much richer than I had known was possible.

I wouldn’t trade my Latin training and experience for anything. My mission is to share this amazingly useful and beautiful language with everyone.

P.S. I found out (as an adult!) that I am indeed ethnic—Scots Irish.