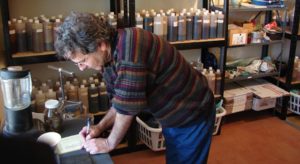 An old country woman first showed Angelo the medicinal power of herbs in 1970 upstate New York. Thus began a botanical study that has still not come to end.

Angelo is a certified practitioner of Traditional Chinese Medicine, a member of The Australian Natural Therapist Association, and a senior educator in Mate Moce – the Ministry established by the great spiritual teacher Adi Da Samraj to instruct and serve human beings about the death process.

Angelo’s seminars about ancient rejuvenation practices and the death process have been offered all over the world. He is the author of, The Tao of Rejuvenation.

As a young man, Angelo fell in love with chemistry. If he’d had his way he would have always been in the lab, marveling at the dramatic reactions you could make just by separating or combine molecules. Growing up he always wanted to be a doctor, putting his love of chemistry to work in a noble vocation. As he entered his pre-medical training he began to drift from his early dreams of medicine and began to explore Eastern philosophical teachings that were beginning to arrive in the West. He became obsessed with yogic mediation. His continued practice in these areas awakened him to the reality of universe animated by consciousness and not just science. Introduced to Traditional Chinese Medicine and its Taoist and energetic practices brought together his love of science, medicine, energetic and regenerative practices with his growing awareness of consciousness and the true meaning of life all together. His professional pursuits integrated with his spiritual longings with his introduction to Adi Da Samraj, to whom he became a devotee. This integration of a dedication to a life of healing and rejuvenation with his personal devotion to his spiritual master, Sri Adi Da have led to his ongoing focus and commitment to the healing of the body, mind and spirit. In the end, he is in our view, a student of truth and compassion. 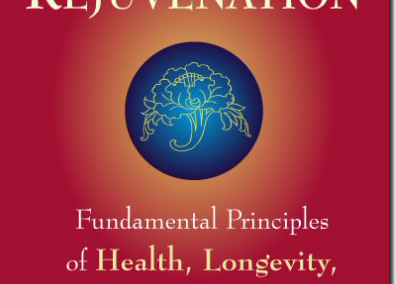 The Tao of Rejuvenation: Fundamental Principles of Health, Longevity, and Essential Well-Being