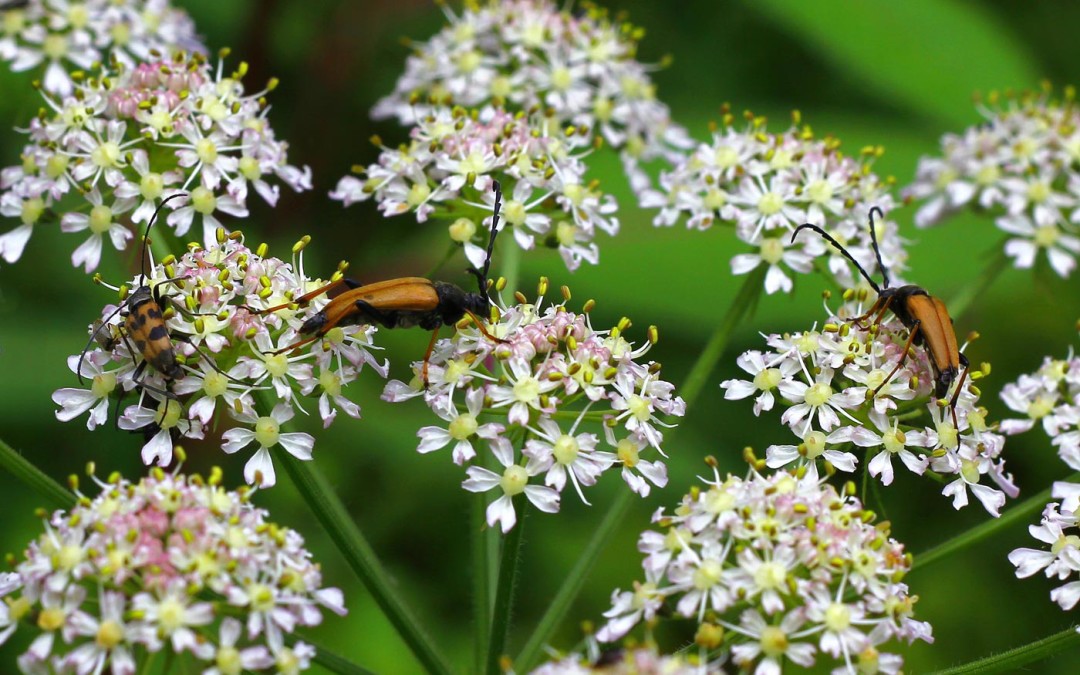 There are about 60 species of angelica. The plant is a member of the Apiaceae / Umbelliferae family (Parsley family). Some say this species is a native of Syria and spread to Europe.

Angelica has been famous since very early times in both Western and TCM herbalism as a cure-all, blood purifier, digestive, and supporter of female reproductive health

Here are 5 Unexpected Uses for Angelica:

And remember to use gloves while pruning, as the plant can cause dermatitis and photosensitivity. And be sure about your plant identification! Do not confuse angelica with hemlock which is poisonous, has reddish or purple spots and streaks on its stems and whose leaves are fern-like and smell foul when crushed. Angelica’s leaves are much larger and are compound with dozens of leaflets and are not foul-smelling.

Find out more about this amazing healing herb.